The S&P 500 has fallen for four weeks, its longest losing streak in over a year.

A newly crafted $2.2 trillion US stimulus package from Democrats is lifting sentiment at the start of the new week.

Short sellers will be pressuring Nikola again on the news it’s founder bought its truck design from a third party.

Although the Nasdaq managed to post a small gain over the week (busting a three-week losing streak), the broader S&P 500 fell for the fourth week in a row – the longest such streak since August 2019.

Investors’ sentiment was dented by a rise in Covid-19 cases in Europe and diminishing prospects for Democrats and Republicans to agree on an additional round of stimulus. European stocks had an ugly week with a decline of 5% for the main indices.

There is pretty much zilch on the economic or earnings front on Monday- which typically means we get bumped around in markets by sentiment – and possibly politics.

Over the weekend US president Donald Trump picked his Supreme Court nominee – the favourite – conservative leaning – Amy Coney Barrett . From a politics standpoint it all seems to be about Obamacare – or officially the Affordable Care Act. – the ACA was signed into law under Barrack Obama – and Trump has been trying to undo it since entering the white house.

From a markets perspective – the importance is all about how it affects the chances of another stimulus deal. On that front – Democrats offered an olive branch of sorts –a $2.2 trillion deal as a compromise with Republicans who had been looking at a more targeted 500 billion-$1 trillion package.

Separately in corporate news – Apple and Nikola probably have the spotlight. The European Commission is appealing the court case it lost against the iPhone-maker and Ireland and its so-called sweetheart tax deal there. That means Apple could still be on the hook for around $15 billion.

Electronic and hydrogen –truck maker Nikola – which lost 50% of its value last week – apparently bought the design for its truck from a third party. Looking from the outside in, this could be one of the worst corporate deals ever made by GM. I wonder if it means some of the top brass from GM have to step aside, perhaps even CEO Mary Barra – for such poor judgement. 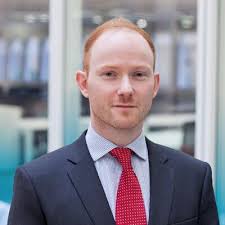 Don’t miss the latest news and discussion on our Telegram channel. Subscribe today!