Special Report: Does gold have further to run? - The Traders Spread

Gold has been one of the standout performers during 2020, rising from around $1500 an ounce to a whopping $2075 an ounce in August. However, with the precious metal having broken out of previous all-time highs from the Global Financial Crisis, is gold’s run higher now over? Is this as good as it gets? How about the new vaccine news? Has that changed gold’s outlook? Well, not necessarily, as the financial environment which prompted gold’s rise in 2020 is still very much pre-sent in the market. The present case for medium-term gold buying remains underpinned by low US interest rates, large amounts of QE, a weak dollar, rising geopolitical tensions and US election risks, encouraging safe-haven inflows. These reasons are recognised by investors around the world as flows into exchange-traded funds have hit record levels this year. Gold’s popularity is growing amongst investors, not shrinking.

Global net inflows of 1,003 tonnes (US$55.7 billion) in 2020 have led to overall gold investment to reach fresh new highs of 3,880 tonnes and US$235 billion. The largest inflows in Q3 came from North American funds which added 34.6 tonnes, European markets added 26.0 tonnes, and Asian markets added 6.8 tonnes as two new funds launched. In summary, the world’s ETF markets had showing expectations that gold has more room to run. Taking a look at the table below you can see the extent to which ETF inflows have increased this year as investors seek shelter in the precious metal. 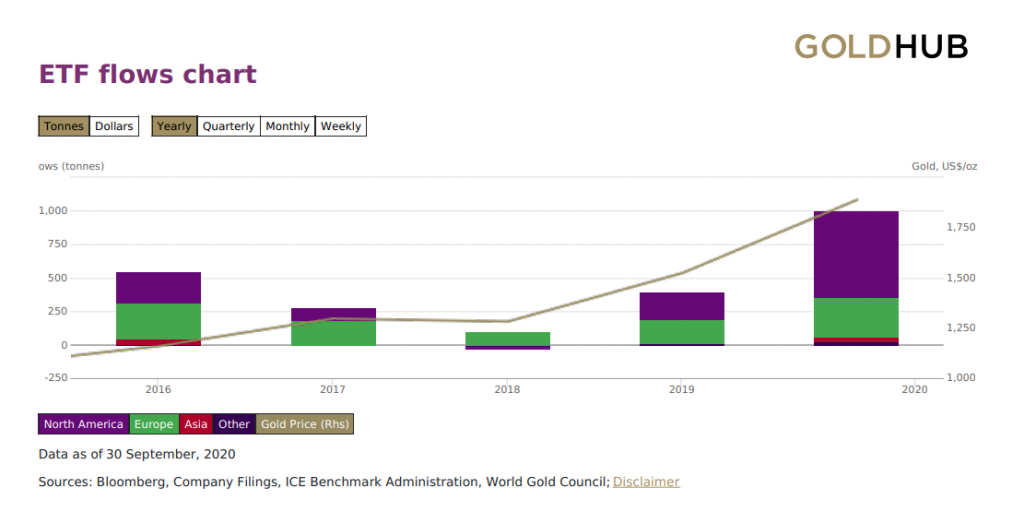 However, the recent flows are now coming out of gold ETFs and this situation has now changed. You can see below that ETF holdings are reducing. 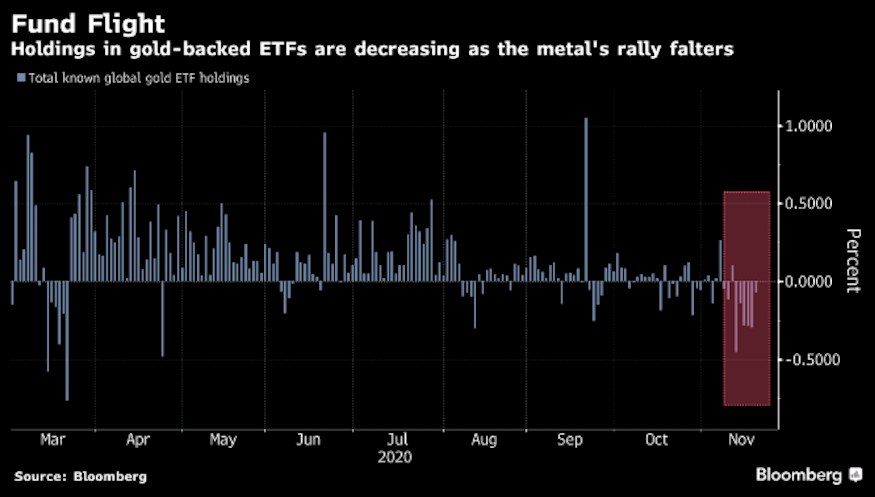 The US election is a past risk now

Market analysts had been concerned about the possibility that the US election becomes contested after election day. This was due to the phenomenon observed in the US elections since 2000 that postal ballots tend to favour the Democrat party. The name for this phenomenon was coined by Edward B. Foley in a law review article calling it the ‘big blue shift’. Joe Biden is now the US Presi-dent-elect and although Donald Trump is contesting the election, his chances of being successful are very low. Markets are not considering that a major risk now. With that risk fading, there is also a risk that global COVID-19 cases pick back up, Brexit negotiations collapse, and local lockdowns increase in line with an uptick in infections. Although there has been some positive news regarding a vaccine from Pfizer, it will still take many weeks to distribute and administer the vaccine. Geo-political risks, as a whole, still favour gold inflows. However, central bank monetary policies re-main the main condition supporting higher prices. Although there may still be some residual legal challenges by Donald Trump, the market has largely priced those risks out now.

What impact does central bank policy have on gold prices?

Central banks around the world have been embarking on a series of quantitative easing programs. Quantitative easing weakens the value of currencies and increases the appeal of gold. In the chart below, you can see that every time the US instituted QE during the Global Financial Crisis the USD weakened immediately afterwards. 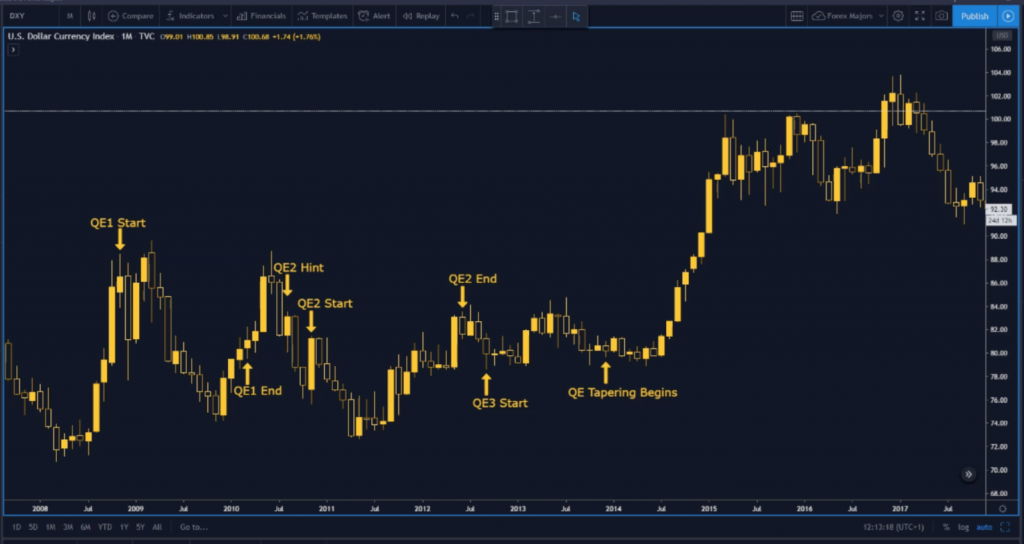 A weak dollar provides a tailwind for gold. On top of this, October was a strong seasonal month for gold due to purchases from India for Diwali celebrations. Furthermore, heading into 2021, the strongest month of the year is January. This is because gold’s biggest purchaser, China, usually supports the demand for physical gold in time for the Lunar New Year festival. Take a look at the 10-year monthly average for gold and notice how October and January are seasonally strong months. So, a period of gold buying is potentially ahead into year’s end and start of the New Year. 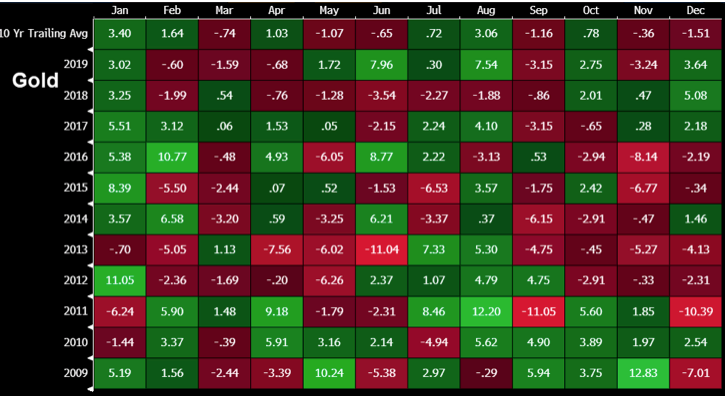 Another factor that has supported gold prices is that central banks around the world have very low interest rates. With the Federal Reserve expected to keep interest rates low until 2023, gold is attractive in a low-interest rate world, especially when inflation rises. Many longer-term investors are concerned that COVID-19 will drag out an economic recovery for the medium term. This fur-ther adds to gold’s appeal as an alternative place of value when companies may face headwinds in a post-COVID-19 world.

How much higher can gold run?

Is this year’s high at $2075 the highest that gold can run? It very well might be. Or is there more upside to go? Unfortunately, it is not possible to know for certain what price gold will reach in the coming months. However, the fundamental conditions for gold mean that more upside is fa-voured over the rest of the year as long as market conditions remain as they are now. Perhaps we should be asking ourselves what would negate this outlook for gold. What is the sellers’ case for gold? Well, the major indication that gold’s bull run has definitely come to an end will be the Federal Reserve raising interest rates. This would most likely come on a return to normal global trading conditions following an effective COVID-19 vaccine. Therefore, the time to reconsider gold’s near-term direction is as soon as the Federal Reserve starts indicating that rising interest rates may be coming. Either way gold is at a crossroads now and the recent strength may be about to fade in favour of sellers. 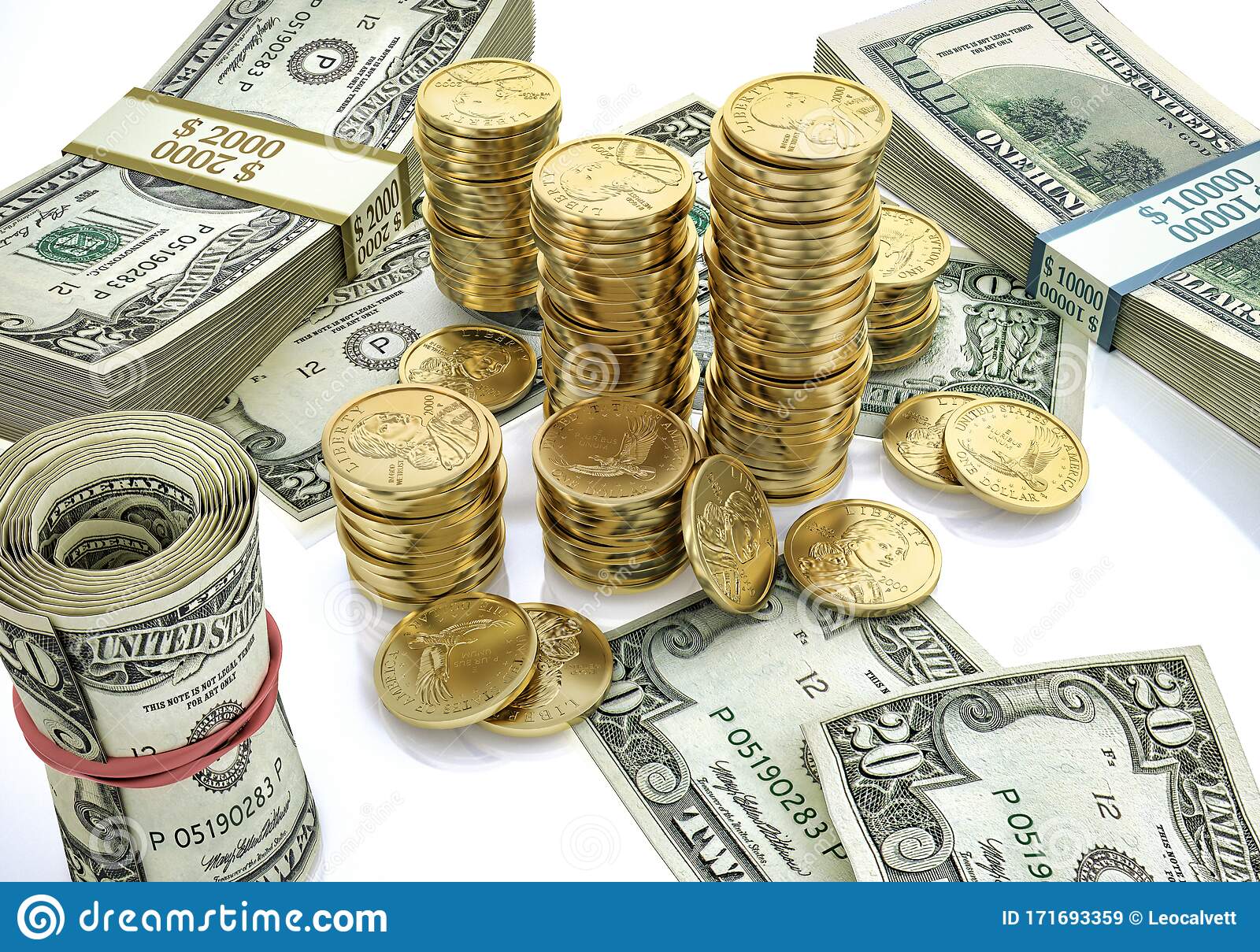