Which currency pairs should you trade in the FX market? - The Traders Spread 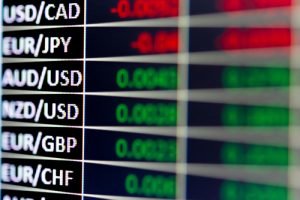 With the seemingly endless information concerning forex indicators and forex trading strategies to trade forex live, it can then be mind-boggling trying to decide which currency pairs you should trade in the forex market.

So, this then begs the question, which currency pairs should you trade in the forex market?

So, what are some of the reasons these are currency pairs you should trade in the forex market?

Spreads: Many forex brokers provide very competitive and cheap spreads with these pairs since these are the most traded in the industry. When looking at forex vs stocks, for example, spreads are typically lower in forex partly due to the overwhelming popularity of this instrument. The EUR/USD is often the benchmark that many brokers use to show their cheapest spreads, with some offering as low as 0.1 pips! Similarly, with the rest of the pairs, there are many brokers offering around 3 pips or less in most times of a trading day.

Trading sessions: The forex market moves differently from one session to another. It could be thought of as boring or quiet during certain times of the day. However, there are certain times that are worth looking at where the markets tend to start picking up in movement, particularly the London and New York sessions. In some continents, other traders can benefit from the Tokyo and Sydney sessions when they’re active during the day.

Liquidity: Each of these pairs offer investors a fairly strong amount of liquidity in a short space of time, though this is pretty high on EUR/GBP, GBP/USD and GBP/JPY specifically, being that the British pound is a currency with a huge amount of speculative interest amongst the trading world. For example, around June 2016 during the Brexit referendum, GBP-related forex charts clearly displayed the ‘freight train’ the pound was in for a very long time, and this would have been one of the most liquid times ever for the pound.

Though these are very rare events, nonetheless, trading any of these definitely offers opportunities of potentially high reward. In the same breadth though, this level of liquidity can fall prey to periods of erratic behaviour or volatility. These are times that traders should be very cautious by using a conservative amount of forex leverage and ensure very solid risk/money management is in place.

Correlations: These pairs offer very interesting and consistent correlations that look to assess forex market sentiment. For example, there is a special relationship between EUR/USD and USD/CHF. Correlations can help to confidently gauge potential future forex prices, help to spread and/or minimise risk and increase the potential reward of a trade.

However, it is also good to look individually at these pairs as they offer various levels of stability, their unique behaviours and require different forex market analysis.

EUR/USD: EUR/USD is a major pair that consists of the Euro and the US dollar. This is usually the cheapest pair offered by many of the leading brokerage providers and a fairly stable pair not marred with many erratic movements. With any currencies paired with the greenback, one of the best methods to analyse them is looking at what happens with the dollar index and the strongest index or commodity which affects the opposite currency. In this case, it would be looking at the movements of the dollar index and the GER30 (Germany 30), also commonly referred to as the DAX (Deutscher Aktien Index)

The dollar index is an index represented as a weighted average of a collection of six influential currencies, which has a very strong correlation with the US dollar and currencies paired with it. Inversely, there is a perceived daily forex correlation between the DAX and the Euro. The DAX is a German stock index that is made up of the top 30 German companies. From a fundamental perspective, much of the ECB’s (European Central Bank) policies have an effect on the DAX, which is how that affect filters through to the euro and any of its associated pairs. There is a very strong inverse correlation between the DAX and the euro.

EUR/USD tends to move quite strongly in the London and New York sessions, which are favourable forex market times for traders in some parts of the world. Fundamental and news traders would keep a close eye with some of the big news releases that have both a short and long-term effect on the forex prices of this pair such as the FED (Federal Reserve Bank) and ECB interest rates, the Gross Domestic Product (GDP) rates of both currencies and the Non-Farm Payroll (NFP).

USD/JPY: Another of the most popular major pairs, USD/JPY comprises of the US dollar and the Japanese yen. Likewise, with the dollar index in the previous example, there is some correlation between the yen and the Nikkei, which is an index that consists of 225 of the largest companies in Japan. Ordinarily, USD/JPY would see much of its liquidity during the Tokyo and New York sessions. Looking at it fundamentally, some of the biggest drivers in the short and long term for this pair would be their respective interest and GDP rates, and then NFP.

GBP/USD: Arguably one of the most liquid pairs in the forex market, the GBP/USD is a major pair comprised of the US dollar and the British pound. There are a number of fundamental and technical factors that bear impact on GBP/USD such as other pairs linked to the GBP, the strength of the dollar index and other high-impact news releases. It is rather lively, of course, during the London and New York forex market times.

GBP/JPY: Another contender for being one of the strongest-moving pairs in the forex market, GBP/JPY is a cross pair that is a head-to-head between the British pound and the Japanese yen. As with previous examples, the technical and fundamental factors of this pair will be very similar to the USD/JPY and GBP/USD.

AUD/USD: AUD/USD is a major pair consisting of the US and Australian dollar. Australia is one of the world’s largest gold producers. This means that the price of gold does, in some way, have an effect on the price of the Aussie. Traders in the Australian regions benefit from this pair because the Sydney session opens at a time where traders in other time zones are nearing sleep. The interest rate decisions for the Aussie typically occur at favourable times for them, but others can take advantage of the usual release of NFP, FED interest and GDP results, etc.

USD/CAD: USD/CAD is a major pair consisting of the US and Canadian dollars. Because Canada is one of the largest exporters of oil in the world, any price shifts in oil have a high potential of affecting the price of the loonie, which, in turn, would affect USD/CAD overall. Forex news enthusiasts also love this pair. Besides with the release of NFP, FED interest and GDP results, to name a few, the CAD interest rates tend to produce very strong movements in a very quick amount of time. It would show its biggest movements, particularly in the New York trading session.

USD/CHF: USD/CHF is a major pair made up of the US dollar and the Swiss franc. What is interesting about this pair is how inversely correlated it often is with EUR/USD, and the correlation with the DAX and Swiss franc. As a result, pretty much all which applies to EUR/USD would apply with USD/CHF.

EUR/GBP: A very interesting cross pair, EUR/GBP is made up of the euro and the British pound. This is also a pair that tends to be very liquid-like its GDP counterparts, moving strongly in the times that the euro and pound would move and having the respective internal and external influences affecting it.

EUR/JPY: This is another of the most popular crosses, which is comprised of the US dollar and the Japanese yen. As with previous examples, the technical and fundamental factors of this pair will be very similar to the USD/JPY and EUR/USD.

NZD/USD: This major pair is, for the most part, a mirror image of the AUD/USD. Essentially, any technical/fundamental analysis and movements on the kiwi will be echoed with the AUD/USD and vice versa since the respective countries these currencies are based off, Australia and New Zealand, exist in the same continent.

In summary, EUR/USD, USD/JPY, GBP/USD, GBP/JPY, AUD/USD, USD/CAD, USD/CHF, EUR/GBP, EUR/JPY and NZD/USD pairs offer a select handful of the most traded majors and crosses. They offer great trading opportunities on a consistent basis without ‘FOMO’. They reinforce some of the key traits that need to be harnessed as a trader, which include focusing on a smaller amount of pairs as doing this will provide a greater focus, preventing ‘analysis paralysis’ and limiting risk. Once a trader can be successful at doing some of these, they should be well on their way to being consistently profitable over time.

Trading Glossary
Have a list of free trading guides from Affiliates