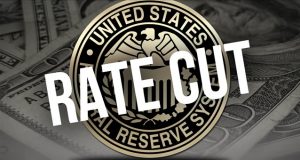 Fed brings interest rates near zero, additional QE measures announced. Wall Street to tumble as evident from the suspension of US futures, which scaled their daily decline limit.

Summary: The global equity market is seeing a bearish route as the trading session resumed post-weekend. Following Friday’s market close, US President Donald Trump declared a national emergency. At the same time, Federal Reserve took more extreme actions by cutting interest rates by another 100 basis points this month, which brings interest rates to near zero last seen during the financial crisis, which occurred a decade ago.

Aside from the rate cut measures, the Fed also announced stimulus measures to support a COVID-19 hit economy. Following US central banks, other major central banks announced rate cuts and more aggressive supportive measures in a desperate bid to keep the global financial market from seeing a sharp meltdown. Data from China released earlier today made visible the clear impact of the COVID-19 outbreak on the Chinese economy.

Precious Metals: Rare metals price gained positive momentum on broad-based risk aversion and cheaper USD in the global market. But the gains were limited as weak USD provided traders with short term scalping opportunities in forex markets while there was also hesitation from major investors to bring in fresh large scale investments into the market.

DAX: The Dollar index, which measures the strength of US Greenback against six major global currencies, had been on the rise for the majority of last week. While it still holds steady above the 98 handle, the dollar index displayed a clear dovish tone in Asian and European market hours as stimulus measures announced by global central banks and Fed’s move to cut interest rate and decrease swap rates in a bid to ensure USD liquidity weighed down US Greenback in the global market.

On The Lookout: US market lacks the release of high impact macro data and market events today, which leaves the announcement made by US Fed’s during the weekend as only major market data to be taken into consideration. US central bank has announced a huge bond buyback and liquidity infusion measures over the last three days.

On Friday, the central bank announced plans for infusing the market with liquidity worth US$ 1.75 trillion via Quantitative easing measures and this was followed by further rate cut and announcement of additional bonds and debt buyback plans worth nearly $700 billion and plans for expanding and reducing the cost of USD swap facilities with five other major global central banks to ensure enough liquidity for USD.

Major central banks that announced fresh rate cut and stimulus measures today are from Japan, South Korea, New Zealand, Australia, and ECB. However, ECB’s efforts were on the level of just announcing that it is ready to make a more direct intervention to stabilize Euro area bond markets if the need arises as opposed to the concrete rate cut and stimulus measures announced by other banks.

Wall Street is expected to see major indices open on a dovish note with major indices DOW 30, NASDAQ, and S&P 500 and maintain a clear dovish tone across the day as US futures trading in international markets were suspended after plunging to their daily limits.

Please feel free to share your thoughts with us in the comments below.