Fed Chair Jay Powell has warned the US economic recovery might last through the end of 2021. The Fed is normally too optimistic in its forecasts, so the outlook feels bleak. Still, warm weather is encouraging countries to continue exiting lockdown. If the flu season is anything to go by, sunny skies reduce the odds of an imminent second wave.

Stock markets look optimistic as we start the new week. As lockdown easing progresses, investors continue to value companies as if the global economy has already hit its low point.

Shares in Asia started the week on the front foot. European shares are opening higher. Commodity market gains are helping Big Oil and the miners.

Futures points to a firmer open on Wall Street. The S&P 500 is set to open over 1% higher. Poor results and even worse guidance from big US retailers this week are clearly not affecting investor confidence. With the likes of JC Penney filing for bankruptcy this weekend, investors are well prepped for bad news from retailers. 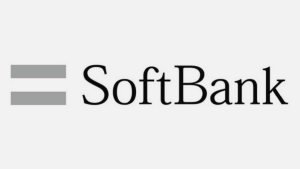 Shares of SoftBank are higher after the tech investment group reported a record $13 billion annual loss. Plans to buyback $4.3 billion shares and sell down some of its highest-profile stakes to cover the losses are softening the blow. It was reported Softbank might sell some of its T-mobile stakes to Deutsche Telekom. We’d expect the group will pare some of its position in Alibaba too after Jack Ma stepped down from the board.

Thinking further out, investing in start-ups is a high risk, and you need the big winners to cover the rest that go sour. WeWork was supposed to be the latest big winner after Uber and Alibaba, but it wasn’t. That means the only choice is to sell stakes until the next big winner, but that means lower returns, and investors will start to walk, especially in a bad economy.

The British pound is turning lower against several major currencies. There was thinking for a while that Brexit risk pales in comparison to the downturn brought about by the coronavirus. But now as medium-term economic forecasts darken, the prognosis is relatively worse for the UK than elsewhere because of Brexit.

Gold has a hit a fresh 7-year high on Monday ($1763 per oz at the time of writing). The Fed Chairman’s warning is suggested taking an investment strategy that’s defensive against weak growth and more monetary stimulus, and gold covers both.

Front-month for WTI crude oil has risen above $30 per barrel. It’s a far cry from the negative prices of a month ago that everyone understood wasn’t anything close to a proper valuation. The surprise drop in US crude stockpiles last week means storage is no longer the central issue.

The British pound has broken down from its horizontal trading range versus several major currencies, including the US dollar and euro.