A more timid approach to trading is happening on Thursday as markets digest strong gains from Wednesday. Fears of heightening US-China tensions and soft economic data are outweighing the hopes for extra Fed stimulus and a joint-Euro area recovery fund.

Shares on Wall Street finished higher after Fed minutes opened the door to more policy stimulus– but the gains are not following through to Asia and Europe.

A slump in South Korean exports in May is foretelling the kind of economic difficulty others can expect. Exports tumbled 20% May 1-20. The demand slowdown ran into a second month and served to show the difficulty in returning to previous economic performance even as the worst of the pandemic passes. South Korea’s larger Northern neighbour China is likely to suffer a similar fate, and that has big repercussions for the global economy. Even if you have the virus under control in your own country, if you’re exporting to countries that don’t, your exports and your economy will suffer.

German national carrier Lufthansa looks close to securing a state rescue of up to €9 billion. The package, as reported, would involve the German government becoming the top shareholder in Lufthansa. The government would gain a 20% stake via newly issued shares as well as a convertible bond worth another 5%. The shares gained on hopes for a deal that keep Lufthansa in business. The coming dilution of shareholder value after the deal will likely limit the upside

The euro is edging up against major currencies, including the dollar, pound, and Swiss franc as PMIs released for France, Germany, and the Eurozone. The single currency remains elevated on optimism for jointly-issued European debt. The chart below for EUR/CHF is one of a number of currency pairs showing

The dollar has been gaining since Fed minutes dismissed the idea of negative US interest rates. Demand for the dollar has been bolstered by cooling market sentiment. The minutes are little stale since we’ve just heard fresher comments from Fed Chair Jerome Powell in his testimony to Congress this week.

The price of oil continues to surge in return to price levels last seen in March. Oil prices continue to push higher after data showed a second weekly drop in US inventories. Both sides of the oil price squeeze have eased off. Demand is coming back slowly but surely as lockdowns gradually end, and OPEC+ supply cuts, as well as lower shale output, have reduced the excess in supply. 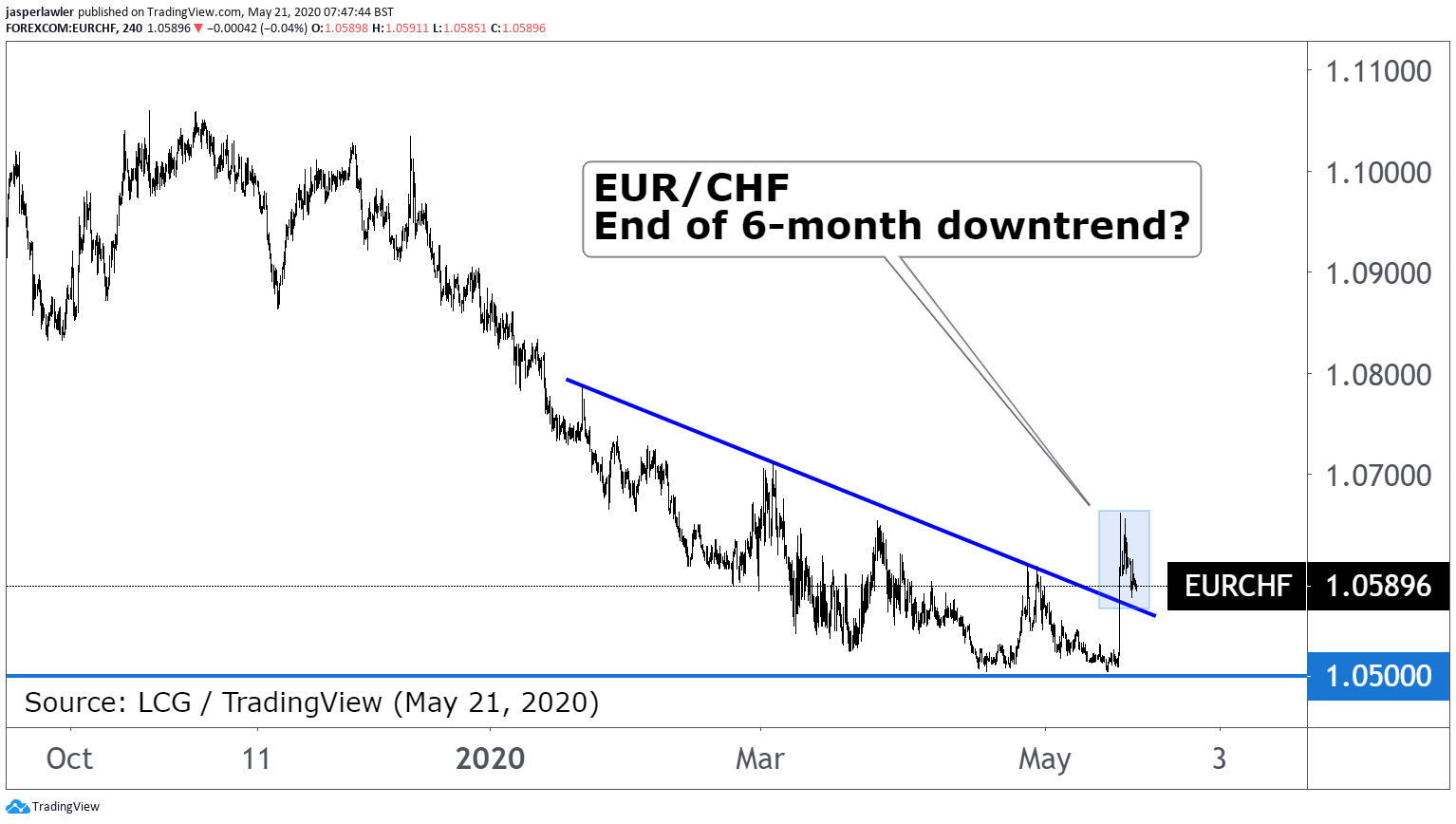