Worries over the damage done to economic growth from social distancing policies have resurfaced. Some of the worst economic data on record and IMF predictions for a severe recession are raising alarm bells about the current market rally. Germany, France and the UK will keep restrictions in place for at least two more weeks. US President Trump is talking up a return to work for some States, but it looks way off in places like New York.

European shares are looking downbeat and Asian shares dropped after the IMF predicted no growth in the region for the first time in 60 years. The IMF has predicted 1.2% Chinese GDP growth in 2020, making Chinese Q1 GDP figures out on Friday more noteworthy.

Futures are pointing to a modest rebound at the US open ahead of the release of jobless claims that are expected to show millions more Americans were laid off in the past week. The S&P 500 fell 2.2% on Wednesday. Data including the worst ever monthly drop in US retail sales and a record low survey reading for New York hit investor confidence on Wall Street.

Q1 earnings season has kicked off, but it’s a little harder than usual to gauge it. The results so far are presumably disappointing by large margins, and we just don’t know by how much. Analysts have held back on making big revisions to estimates until they hear guidance from companies. Many companies will decline to provide guidance given the uncertainty about when lockdowns will end and how quickly economic activity can rebound when they have. 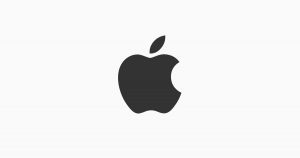 Apple has released the second iteration of the SE, a cheaper, smaller and less flashy version of the iPhone for under $400. Apple is now taking more of a two-pronged approach to pricing. The difference in price between the flagship iPhone 11 Pro and the new budget SE is the widest ever at around $700.

The logic is that it’s worthwhile to reel in more customers who spend less upfront but who will spend more on apps and services once they are in the Apple ecosystem. The risk is that the lower-priced edition will cannibalise sales of the top line editions. Apple shares are down 13% from the February peak and up 26% from the March low.

The dollar is up at one-week highs against the euro, pound and Aussie (1-week lows in EURUSD, GBPUSD, AUDUSD). The US dollar was bid up as a haven asset as economic data came in below rock bottom expectations. The Australian dollar was clobbered alongside other commodity currencies as oil prices probed new 18-year lows.

Today US jobless claims are expected to show 5.1 million people filed for unemployment insurance in the US, down from 6.6M last week and 6.8M the week prior. Jobless claims are trending down, so paradoxically, the news of millions of people out of work could bring some cheer to markets.