Opinion: Why I am not One to Invest in Cryptocurrencies

Cryptocurrencies originated as the latest attempt to create a currency that flies under the radar of government regulations and authority. Its use created an air of questionable ethics and was widely used for illegal activities. In the last few years, it has been gaining popularity and attention with several having become mainstream. Names such as Bitcoin and Ethereum or Ripple are usually the first cryptocurrencies to be known to the wider public.

In tandem with cryptocurrencies becoming a mainstream phenomenon, it must tackle a variety of issues including its existence in an unregulated environment, with regulators seeking to tighten the noose on its use in black markets and of course trying to apply a level of taxation to crypto investments, it has become less appealing in its use. Nonetheless, its progression into the mainstream has even included the ability to speculate on price, much like any other market, with traders capable of trading the rise and fall of cryptos as an instrument.

This usually starts raising some questions though about the real value of cryptocurrencies. They have no inherent value with a shallow base, so wild fluctuations in value are seen almost every week. There are frequently newcomers to the field every week, and the value of the new ‘coin’ is questionable, many will likely fail after ICO and have zero value, so their place in our future is still uncertain.

Surprisingly to some, the big names in cryptocurrencies were not the first of their kind, ‘e-gold’ perhaps the earliest adopter of digital currencies to be put into use and reach a level of success that was recognised globally with a widespread user base. It was initially designed as a ledger entry system and an exchange with the e-gold coins being derived from the value of physical gold and other precious metals; it allowed micropayments to occur with the smallest transaction being 0.0001 of a gram of gold.

The technology used at the time attracted criminal behaviours due to the simplicity of 3rd party transactions, and the security that left it exposed to hacking. Some similarities that can be seen between e-gold and present-day cryptocurrencies is the interest in account holders remaining anonymous, (in e-golds case this eventually led to its downfall as more and more criminal activity occurred and authorities took notice) and the ledger system in the present that is known to be the blockchain.

Blockchain technology was developed by a person or a collective known as Satoshi Nakamoto. The technology is essentially a digital ledger based on the idea of peer-2-peer file sharing. It works by a ledger being shared with all nodes (computers connected to the network) that are networked into the blockchain and continuously updated and reconciled for every transaction that occurs.

Blockchain technology does have some attractive points:

1.      It cannot be controlled by a singular entity, which in turn leads to it not having a singular fail point.

2.      The ledger is public and offers increased transparency.

3.      A large network makes it very hard to be manipulated or corrupted.

The criticisms of e-gold and other predecessors of cryptocurrency are the centralised nature that has led to their respective failures. Nakamoto observed this and in the development of Bitcoin and the blockchain technology ensured that a decentralised system was used, eliminating some of the risks seen in the earlier alternative digital currency structures.

The fame that cryptocurrencies have received has largely been derived from their close ties to the dark web. The dark web, while not new, with its existence predating cryptocurrencies and its origins linked to the Central Intelligence Agency, users quickly identified the value in blockchain technologies and the anonymity of transactions.

While there are several ethical and perfectly legal transactions, it is the illegal and unethical activities including pornography, hacking and file corruption services, drug sales, firearms and in extreme circumstances murder for hire. It was these services that needed anonymous payment services, e-gold had these issues and famously Bitcoin, with Ross William Ulbricht and the Silk Road Market Place using the cryptocurrency exclusively as its only payment system.

Despite the obvious negative associations, an element of Bitcoin was and still is appealing to the wider public, with its value rising in tandem with its popularity. The increased value was also pushed from behind with a limit on the total available Bitcoins ever to enter circulation. This ties into simple supply and demand principles, as a product becomes more desirable, the value of a limited resource must become more valuable.

After the dismantling of the silk road by government authorities, along with many other illicit activities, and its move into the mainstream, the perception of Bitcoin has been cleaned with the ethical issues having almost faded away in today’s world.

However, government entities are well aware that they are unable to track or monitor transactions using cryptocurrency systems. This creates a further ethical dilemma. Many of the participants of cryptocurrency have been attracted to the anonymity that it provides. Simultaneously, this means that widespread usage of cryptocurrencies reduces the government’s ability to implement taxation regimes on cryptocurrency users. This all occurring on the background of frenetic government activity to gain access and control tax havens.

Another ethical issue relates to the governments’ use of currency manipulation to adjust the strength and weakness of the economy by exerting control over the value of the local currency. The most obvious and recent examples of such behaviours are occurring right now, globally, and it is known as quantitative easing. Governments have already expressed concern that the widespread adoption of crypto’s over fiat money would diminish their ability to influence and manipulate economic change through currency.

This raises ethical questions. First, and from a government perspective, they question the ethics of anonymous alternate currencies that reduces their ability to control an economy in the way they see fit on behalf of citizens they seek to rule. Second, and from the perspective of the participants of crypto’s, is it reasonable for governments to be able to manipulate currency? Particularly when the government often fails to demonstrate a benevolent attitude and behaviour towards its citizens.

The move towards being a mainstream currency or even an alternative investment class more recently has seen cryptocurrencies being traded as a financial instrument for speculative trading, e.g. BTC/USD. Most financial instruments are heavily regulated through a range of different bodies and financial organisations; regulations are intended to provide smooth, transparent and consistent markets.

Now that Bitcoin has moved into these markets as a financial instrument, the drive to become regulate becomes stronger. This applies to the traded instrument but not necessarily to the transactional currency. However, it’s hard to imagine that the currency will be able to remain this way and avoid regulation in the future, given the relationship between the two.

However, there will be regulatory challenges. Regulation generally relies on the presence of some form of a central controlling agency, but cryptocurrencies by their very nature are decentralised and devoid of any single entity that controls its processes. This paradox will be difficult to resolve because intrusion of regulation may be unappealing to some of the users who originally became involved because of the anonymity.

It is hard to know what this will mean for a cryptocurrency in the future and whether its value could be sustained because of that. An alternative view may be that if regulation is somehow able to be enforced, then those users who subscribe to the original ideals would find alternatives and Bitcoin would have effectively been hijacked by the government. In that circumstance, it is possible that crypt currencies could replace the common fiat currencies and maintain government control.

This phenomenon is a form of ‘me-too -ism’ in which other operators are attempting to capitalise on the success of bitcoin. However, the success of the other alternative cryptocurrencies may be questionable. This is reminiscent of the early days of banking in the wild west of the United States when many local banks were opened in the hope of generating profit for its owner but with very high failure rates, usually taking the depositors funds with it.

We already see evidence of other cryptocurrencies not being able to keep up with bitcoin as seen in the following graph: We can see here that Bitcoin (orange) has increased in value in its first 2000 days of existence while the others have not.

The ultimate role of cryptocurrencies in the future is still uncertain. There is an apparent disconnect between its origins in anonymity and decentralised operation against the new developments towards regulation and mainstream use. While Bitcoin remains the main player after over a decade, there are numerous other cryptocurrencies available, though none of them appears to be as successful at this time.

In my view, it is likely that over time many of these other cryptocurrencies will fail, leaving only the handful that managed to evolve and navigate their way through the challenges of developing a workable interaction between themselves and the existing systems. In the short term, it seems unlikely that a cryptocurrency will replace our current government-issued fiat currency. However, I suspect that it may be possible in a particular circumstance that would allow for it to be regulated by the government.

By its very nature, cryptocurrencies hold no intrinsic value, and there is no underlying asset that it is truly derived from. For me, this causes problems with my own principles of investment. The argument could be made that gold and silver are in similar categories except they are used in the manufacturing of physical goods, giving some worth behind the metals.

Should a government further regulate against the anonymity of cryptocurrencies, then its perceived value would likely dissipate. Another possibility is that having seen the advantages of the blockchain ledger a more widely accepted central bank-backed cryptocurrency enters circulation, which ultimately has the same effect. 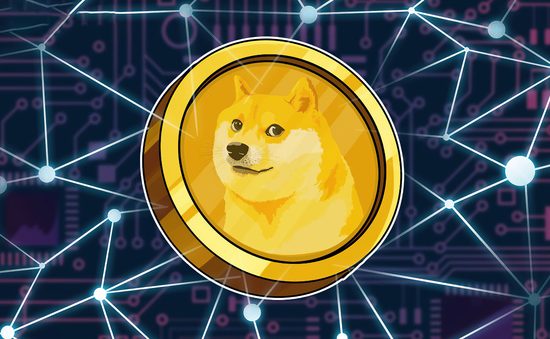 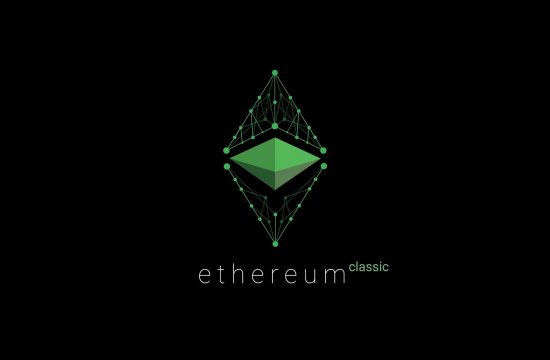