– Toyota to resume global car production for the first time since Feb.

– CHART: NZD/USD at Resistance before RBNZ.

“Buy not on optimism but on arithmetic” – Benjamin Graham.

In America especially, wearing a mask has become a political divide. On Sunday, US President Trump wore a face mask in public for the first time. The President has – depending on your political persuasion ‘capitulated’ or ‘cleverly pivoted’ to wearing a mask.

The evidence is wearing masks adds a layer of protection in densely populated settings where social distancing isn’t possible. That can be extrapolated to say more people being comfortable with wearing a face mask means fewer virus cases and a quicker economic recovery.

Clearly this is good news for Toyota but it also plays into the narrative that on a global basis we’re back to business. During the lockdown, nobody is driving or showing the capability to buy a car. Toyota is taking the view that people are ready to drive and buy again, and they want to be ready.

A theme throughout this bounce in financial markets is that trust in government has fallen even further – but investors trust big businesses to make the right decision for their bottom line- which encompasses the safety of staff and customers. Toyota’s decision should give a tailwind to auto shares, broader stock markets, and ‘risk-on’ currencies like the British pound and Aussie dollar.

OPEC and its allies are holding a virtual meeting on July 15 (Wednesday) and the consensus is that they will ease the big 10 million barrel production cut made in April. We think they ease it by 20% – so a million barrels per day. Demand is coming back and some oil production should come back with it.

Of course higher supply should, in theory, be price-negative but in this case, we think it’s probably a positive. Now that the market expects the cuts to be eased, it would display a lack of confidence from OPEC in the demand outlook if they extended the current quotas. Both Brent and WTI crude finished last week near 4-month highs. 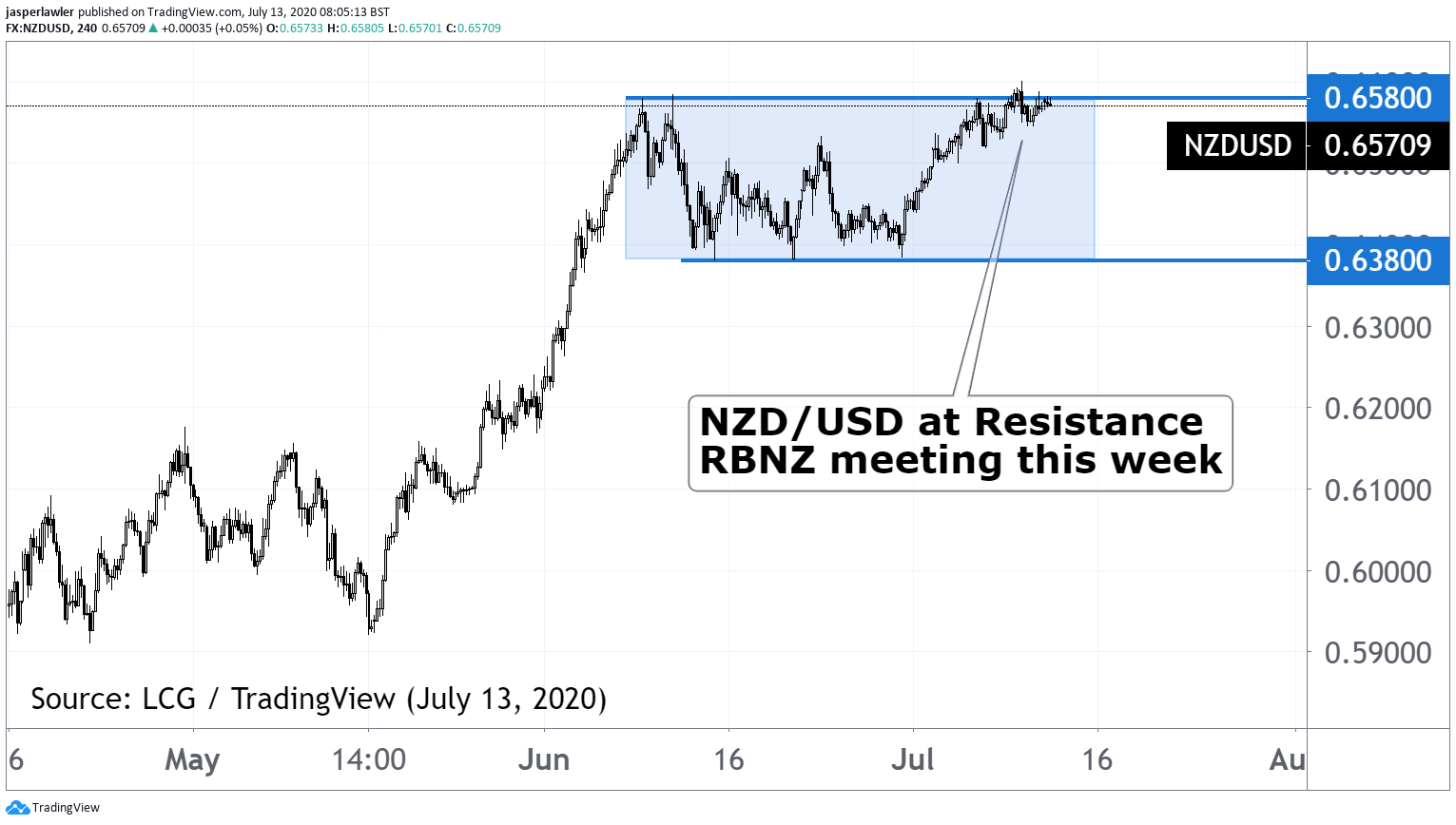 NZD/USD is at range resistance. Talk that the RBNZ could be dovish and the price is at good R:R short area, but the price looks poised for a bullish breakout.