The First Quarter Was Marred by Crises

Overnight trading was mixed as investors reflected on how global equities suffered the worst quarter in more than a decade. The first quarter was marred by many crises, including an unprecedented health and oil crisis that is threatening to create a deep economic downturn.

The COVID-19 has changed how the world operates and is creating an environment of extreme volatility, which is likely to persist in the foreseeable future. Confidence has taken a massive hit as the world faces unprecedented quarantine measures.

Many countries are bracing for another brutal quarter ahead. China’s PMI figures came as a surprise as it shows that the manufacturing sector is improving. At the 52 levels, it shows that the sector is in the expansionary phase. Unlike the US markets, Asian stocks were mixed bolstered by renewed confidence that China is on the rebound. 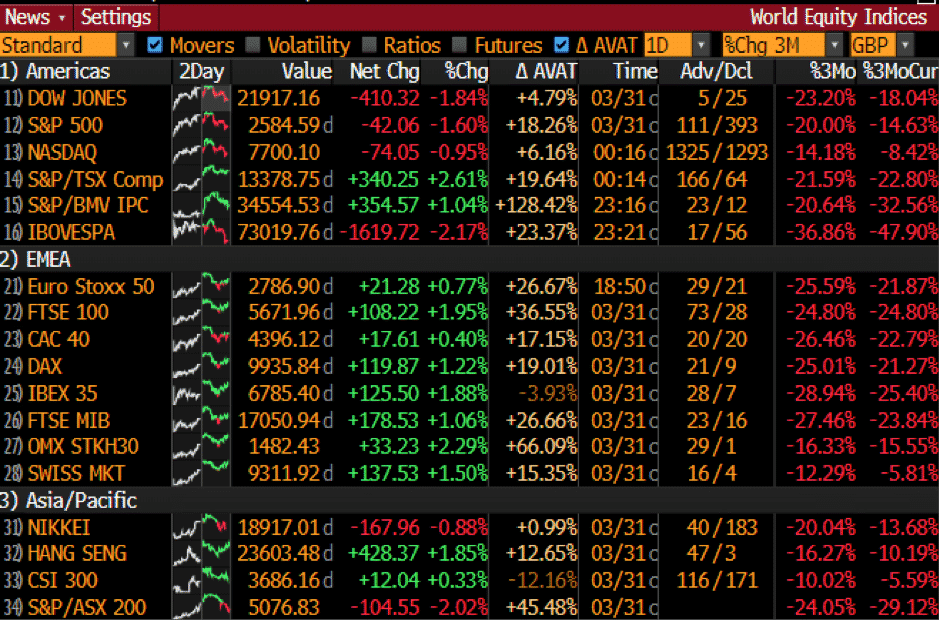 In the FX market, major currencies were mixed against the US dollar. Most currency pairs traded in familiar levels, awaiting for fresh developments. Despite the upbeat Chinese PMI data, the antipodeans were the worst performing G10 currencies against the greenback.

The oil market took another hit and resumed its downside on a significant API build in crude oil inventories. API Weekly Crude Oil Stock surged by 10.485 million barrels for the week ending March 27 versus the previous draw of -1.25 million barrels. An increase in supply, combined with weak demand induced by the pandemic, sent crude oil prices to a multi-year low. As of writing, Brent Crude and WTI are trading sideways, around $22 and $20 levels, respectively.

The yellow metal was weaker on Tuesday and traded below the psychological level of $1,600. A combination of positive fundamentals driven by increased demand and supply disruptions, a weaker US dollar, and rescue packages is still creating a positive environment for the precious metal.

As of writing, the XAUUSD pair is currently trading at $1,576 but the outlook broadly remains skewed to the upside. 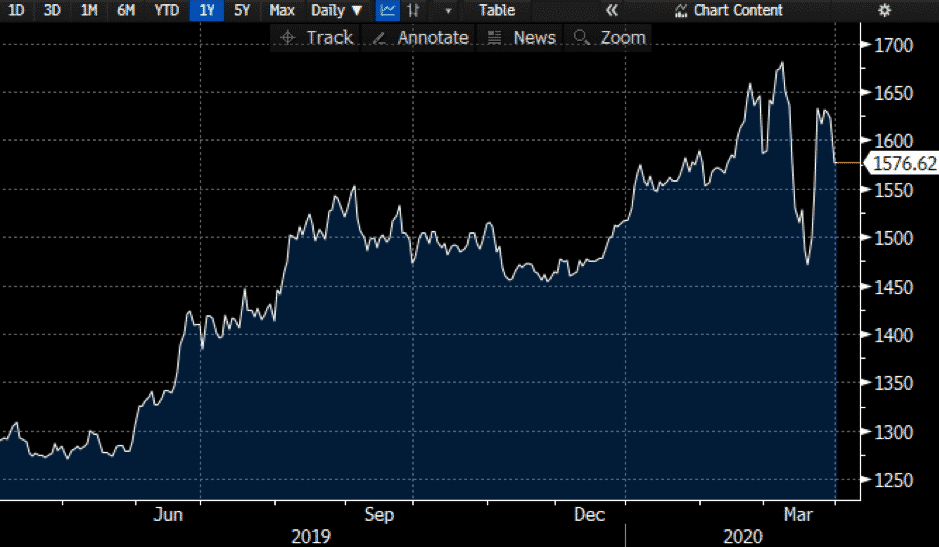