The world awaits Trump’s news conference tonight and the market is reacting, although there is absolutely no panic at all and it’s about pre-positioning. It will be interesting to focus on Asian markets then as we head into trade today, to see if traders reduce risk into this announcement – knowing also that expectations have been raised and many of the potential measures are likely discounted – the question of China’s countermeasures will keep a lid on risk, although, at this stage, it seems highly likely they are not going to weaponise the yuan, with the last two daily CNY ‘fix’ stronger than expected.

What measures could Trump announce?

In the wake of China’s NPC voting through the National Securities bill, Larry Kudlow has stated that HK would have to be treated like China, so that will raise the prospect of HK losing its special trading status, which it gained under the 1992 act.

There are other measures that may be taken, notably imposing sanctions, with restrictions on visa’s, holding of assets (of certain officials), while targeted transactions may be in the spotlight. The trade deal is unlikely to be reworked, with Kudlow saying, “the phase-one deal is still on for the moment”. The investment side will be in focus with the Senate already having passed the Holding Foreign Companies Accountable bill, so Chinese listed companies on US exchanges will be a focal point.

The fact the US stock market has moved higher and higher has given license to Trump, Kudlow and Pompeo to increase its rhetoric against China – that is their barometer. Today, however, the market felt just a little nervous, with the S&P500 coming 1.3% off its mid-day high to close -0.2%, with defensives easily underperforming cyclicals and growth outperforming value. That rotation, with US financials -1.6%, may feed through to the ASX200 today, given just how strong Aussie financials have been of late. We have also seen a slight unwind of the long small cap/large cap trade, with the Russell 2000 -2.5%.

There has been no real move in volatility, with the VIX index sitting at 28.59% and gaining a mere 0.97 vols. This suggests the S&P500 should move (higher or lower) by 54-points on the day (with a 68.2% level of confidence), which is what the daily straddle is also pricing. There has been no real move in US fixed income with small selling in the long-end (US 10’s and 30s closing +1bp a piece).

In FX markets, it’s been the EUR which has garnered the attention, with EURUSD trading through the 200-day MA, a level it is found hard to hold in 2020. The intra-day price model had 1.1088 as the ‘upside limit’ and this seems to have held well, with sellers into 1.1094. Had to see the move extended much through Asia, and on the session, I’d be fading strength into 1.1150. 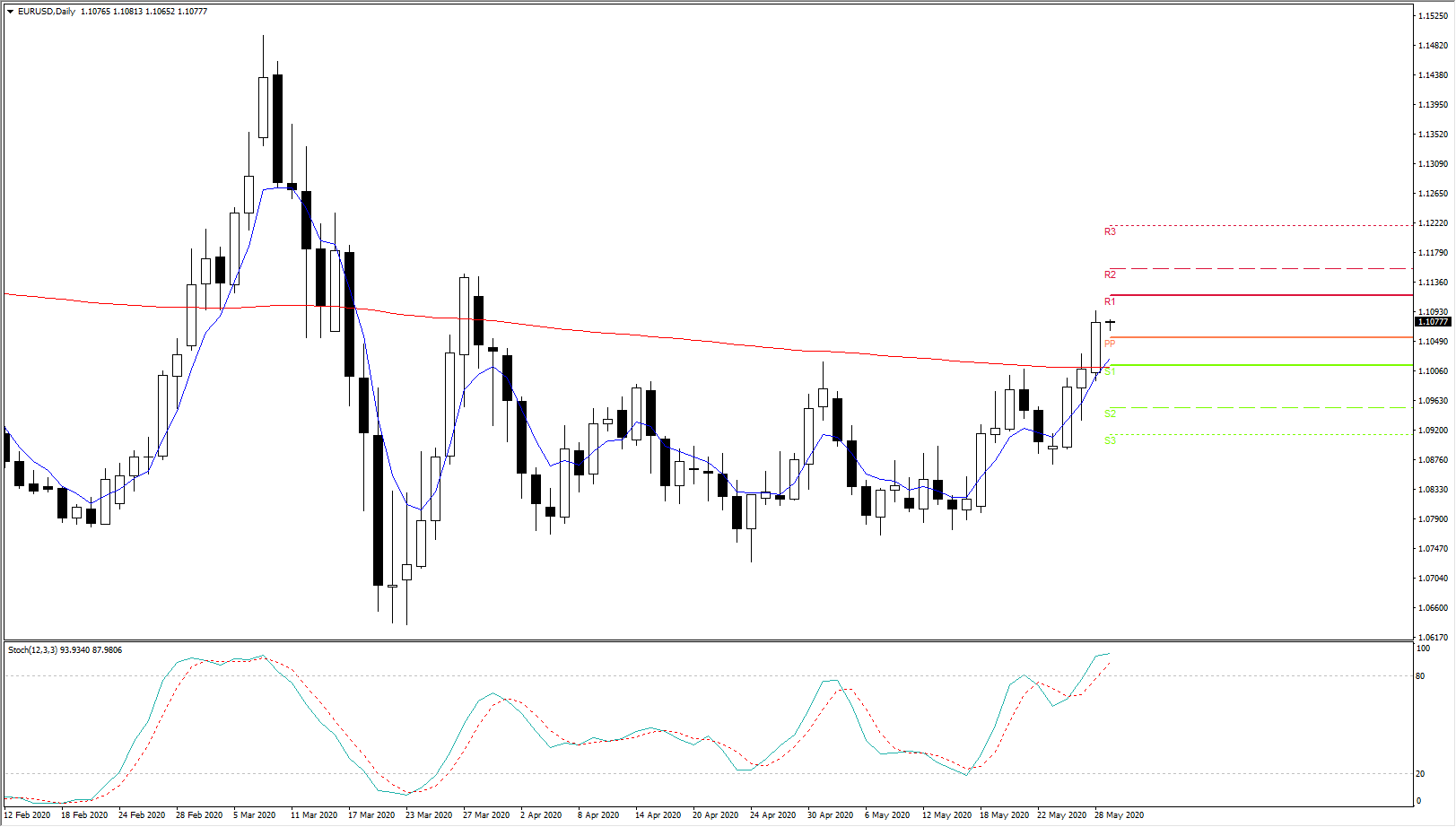 EURGBP has also got some attention, with traders eyeing a break of 0.9000 and price continuing to knock on the ceiling – a break here should be on the radar especially for trend traders as the set-up looks.

AUDUSD has also been well-traded with good two-way flow. I had been anticipating a touch of weakness yesterday, with price eyeing a move towards 0.6450, but it’s holding up well, with price holding the 5-day EMA and where an upside break of the 200-day MA, which traders are leaning into, may be very telling.  We saw an inside day yesterday, so a break of yesterdays high or low could define the near-term price moves. The market continues to face conflicting forces between eyeing moves in the yuan and S&P500 futures. 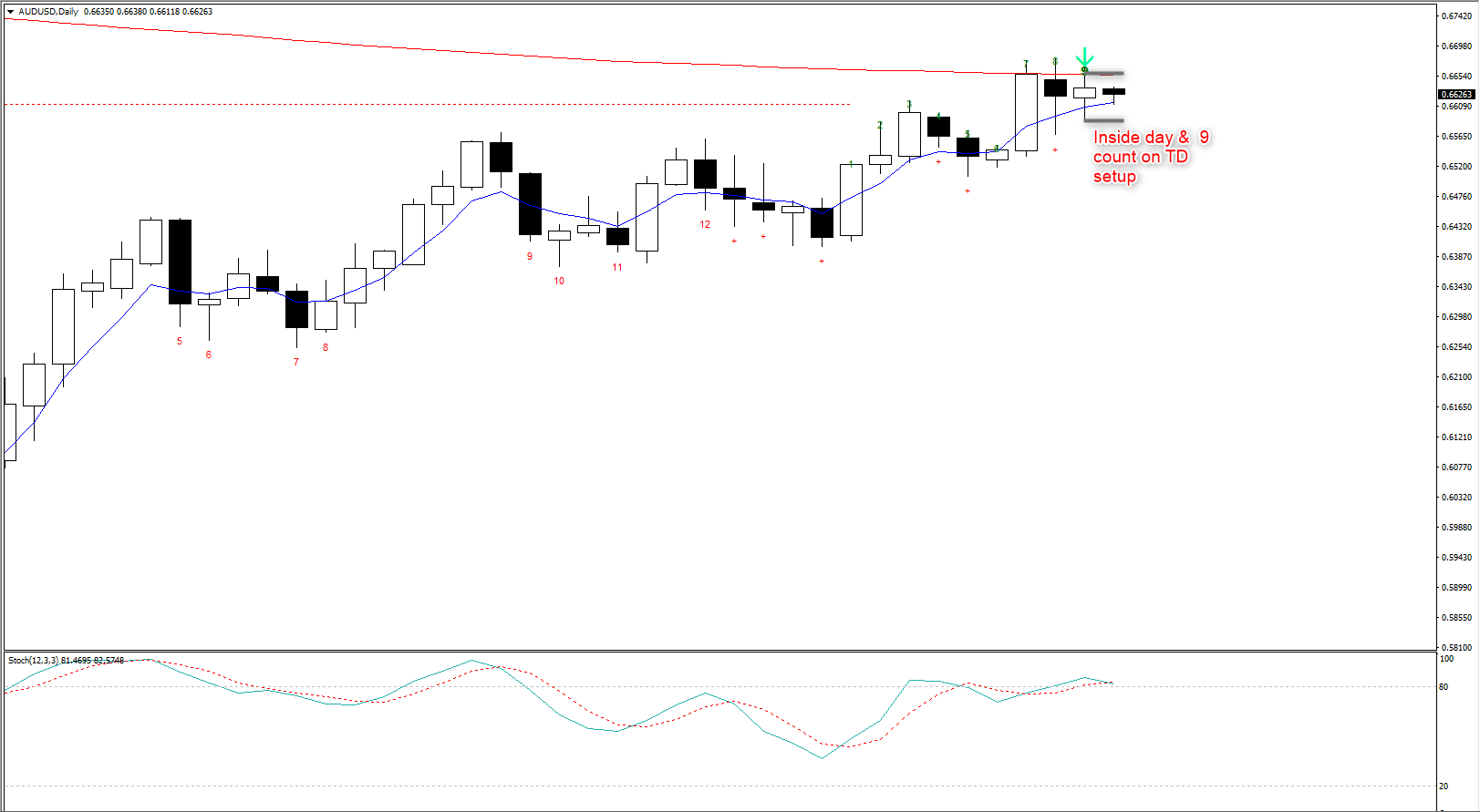