S&P Back in Bull Market

Wall Street extended gains after Bernie Saunders dropped out of the 2020 Presidential race to pave the way for Joe Biden. Investors consider Joe Biden, the former vice president under the Obama Administration, as market-friendly compared to Bernie Sanders’ support of financial transaction tax.

A recovery in oil prices and mixed signs of a slowdown of the virus across the globe helped risk sentiment. Major US equity benchmarks closed in positive territory with gains between 2.5-3.5%:

The S&P 500, which contains the largest 500 stocks in the US and is considered as a leading indicator, has entered a bull market again. It is now about 23% from its March 23 low after Wednesday’s rally. 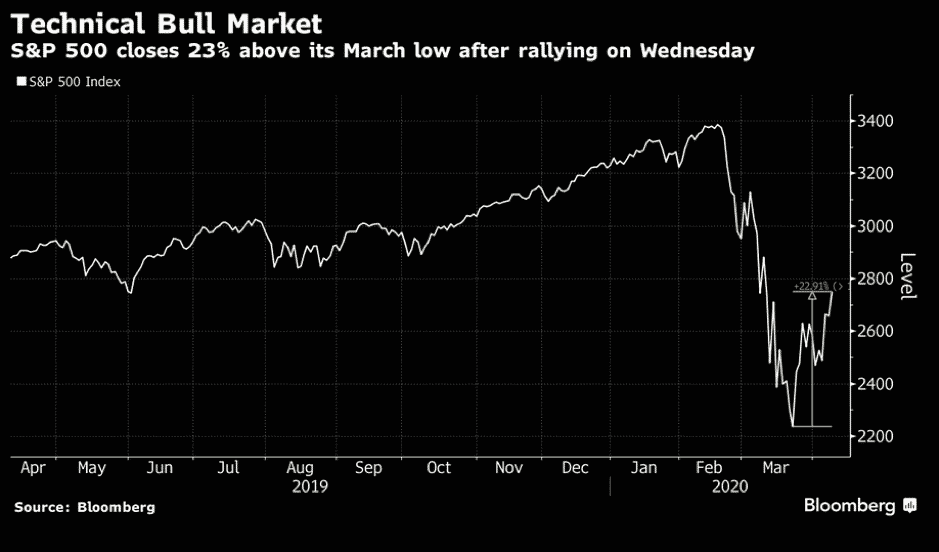 In the FX market, major currencies were mixed against the US dollar. The Antipodeans and the British Pound were the best performing G10 currencies against the greenback. 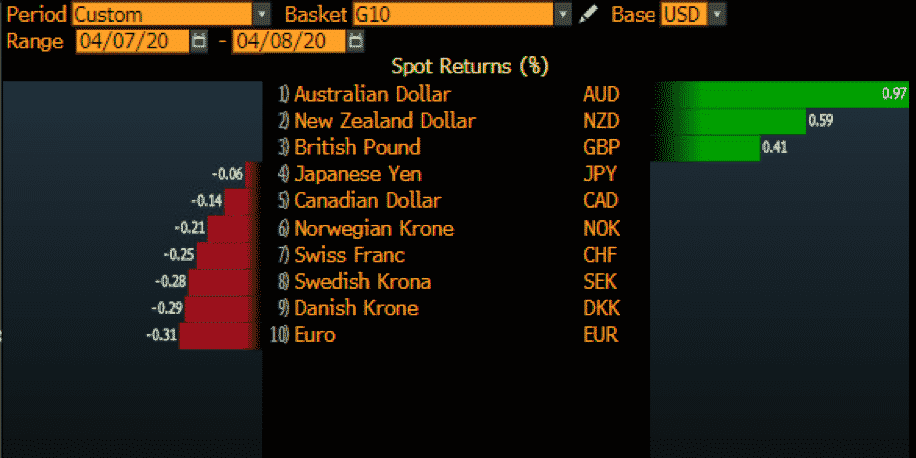 The Australian dollar was mostly buoyed by the improvement in risk sentiment and a weaker US dollar. Despite Aussie Home Loans and Investment Lending for Homes dismal data and the downgrade in the credit rating by S&P, the AUDUSD pair firmed above the 0.62 level. 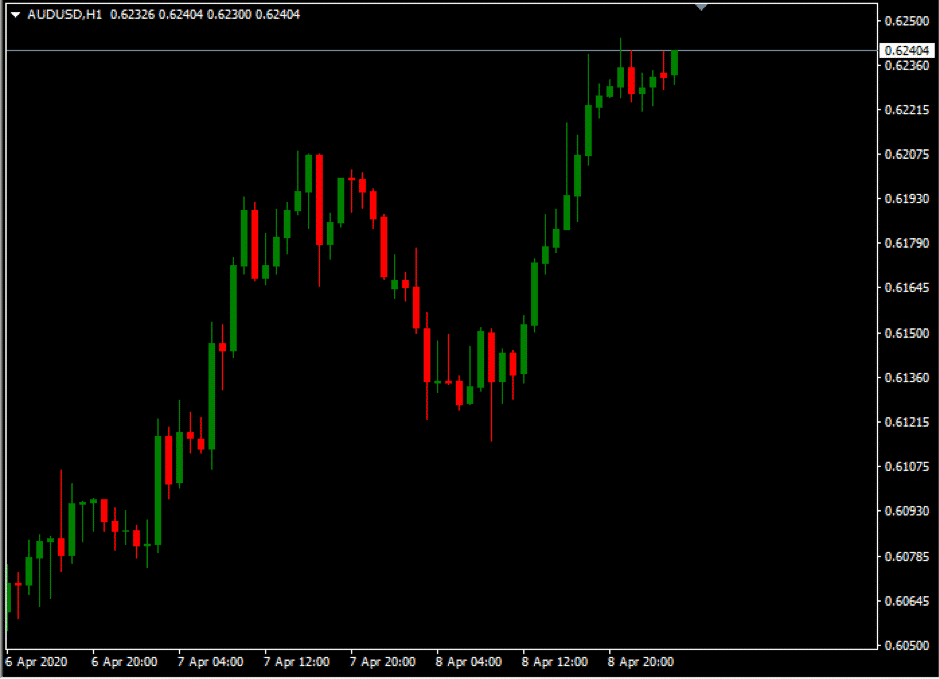 Crude oil prices are finding support on the expectations of production cuts ahead of the much-awaited meeting on Thursday. Among all the noises in the oil industry, traders are hopeful that the meeting will result in a net positive.

The EIA reported an increase of 15.2 million barrels in US Crude Oil Stocks in the week ending Apr. 3rd. Traders managed to look passed the significant increase in the weekly reports as Russia signalled readiness to cut. As of writing, WTI and Brent Crude pared some of the losses made on Monday’s open to trading in the vicinity of $26 and $30 respectively.

As the week comes to an end, attention will remain fixated on the OPEC and G20 meetings. Investors will likely monitor any developments that could help investors to gauge the thinking of oil producers and look for signs of a more coordinated global effort to stabilise the oil market.

Gold traded relatively flat as the precious metal was unable to find a firm direction amid the risk-on mode. However, the overall outlook for gold remains positive given the current uncertainties. As of writing, the XAUUSD pair is currently trading just below the $1,650 level. 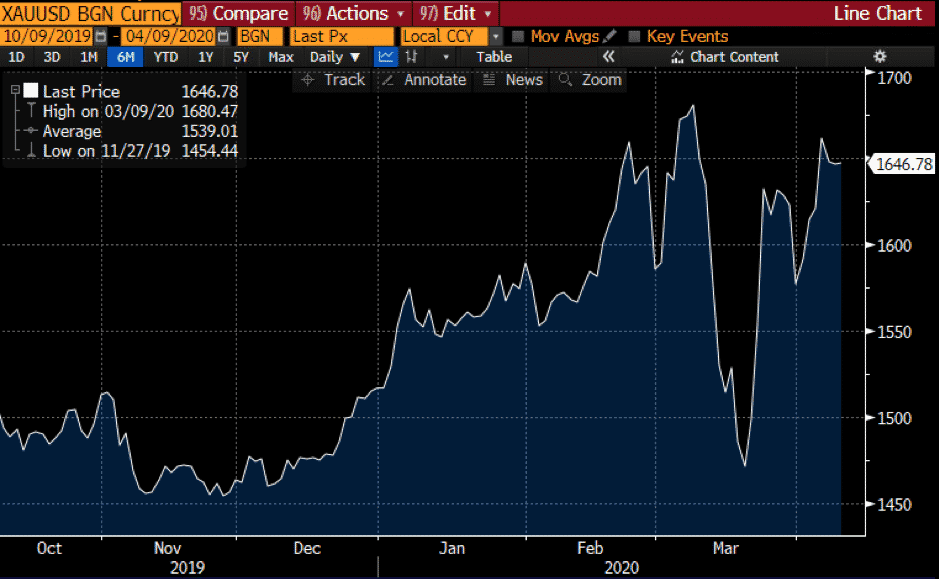