Panic-Selling in the Stock Market - The Traders Spread

Another brutal open for the US markets on Monday. The major US equity benchmarks plunged at open, causing a halt for 15 minutes. This was triggered by a circuit breaker point which is the threshold imposed by exchanges designed to curb panic-selling. 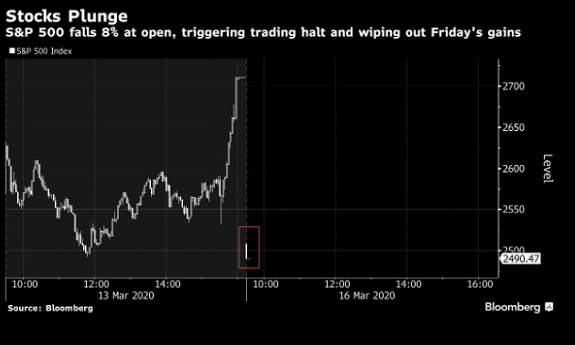 Wall Street was in a sea of red as the Fed’s bold emergency rate cut near-zero combined with quantitative easing failed to calm investors’ nerves. The mention of a probable recession by the US President has fuelled the sell-off as he predicts that the coronavirus crisis could last through August. 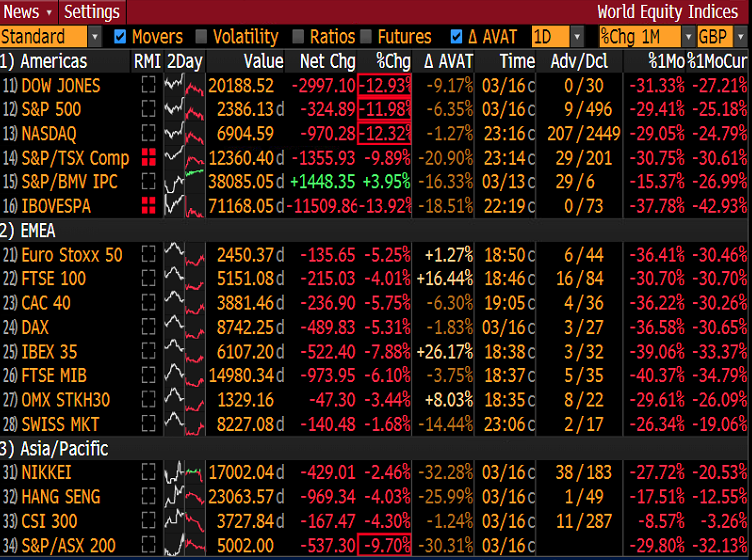 Amid thin liquidity and high volatility, the meltdown in equities saw major US equity benchmarks drop more than 10% overnight: 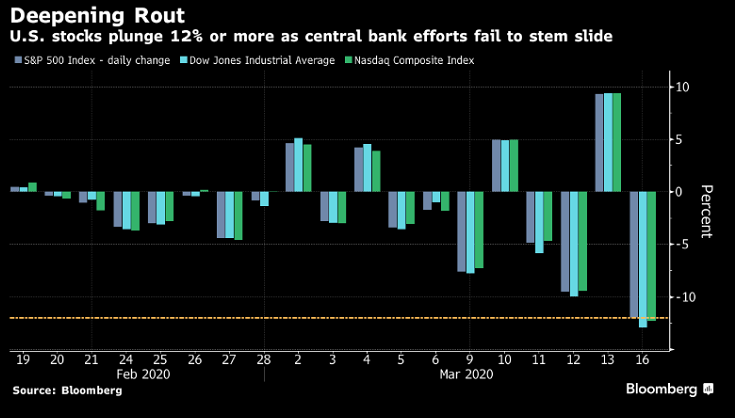 In the FX market, major currencies were mixed against the US dollar. As more easing hits the markets, the greenback has remained the preferred choice – mostly because its economy appears more resilient than its peers and of its haven status. However, the risk of a recession in the US economy has tampered the bid momentum of the US dollar.

In a risk-off environment, money is flowing into safe-haven currencies like the Japanese Yen and the Swiss franc while the Antipodeans and the Canadian dollar emerged as the worst-performing currencies against the greenback. 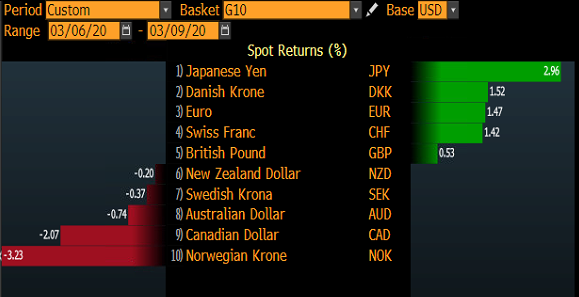 A rout in the commodities markets and more quarantines measures in Canada has sent the USDCAD into the 1.40 level. After the Fed, attention will be on the next set of moves from the BoC. 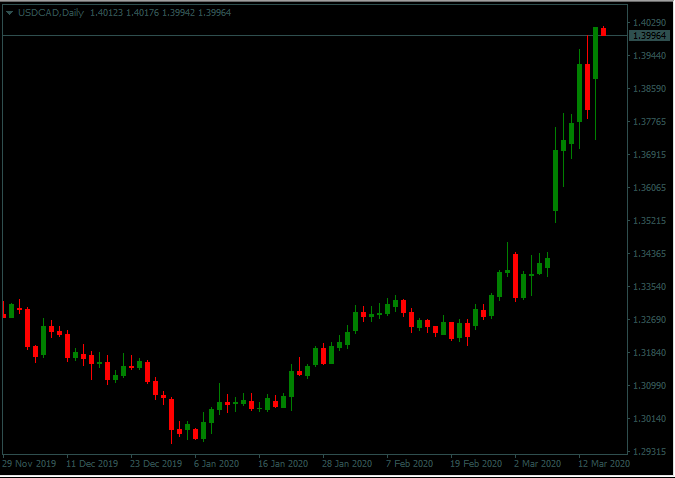 The Australian dollar is struggling for direction. China’s economy contracted more than expected. Industrial Output and Retail Sales (YoY) plunged by 13.5% and 20.5% respectively in January.

The AUDUSD pair is trading at a 12-year low amid the virus fears. The RBA minutes will be released this morning. Given the latest developments, the minutes might be viewed as outdated. The RBA issued a statement yesterday stating it “stands ready to purchase Australian government bonds in the secondary market to support the smooth functioning of that market. Traders will probably be looking for clues or discussions of quantitative easing rather than rate cuts.

The freefall in the oil market continues, amid virus concerns and the price war. Both Brent Crude and WTI tumbled to $30 and $29 levels dragged by a simultaneous demand and supply shock.

In such volatile markets, investors normally rush to safe-haven assets such as gold. The sell-off in gold in such panic selling environment is mostly because the precious metal is aggressively being liquidated to meet margin calls across other markets. Investors are on the hunt for liquidity and as a result selling gold to manage the turmoil in the markets. 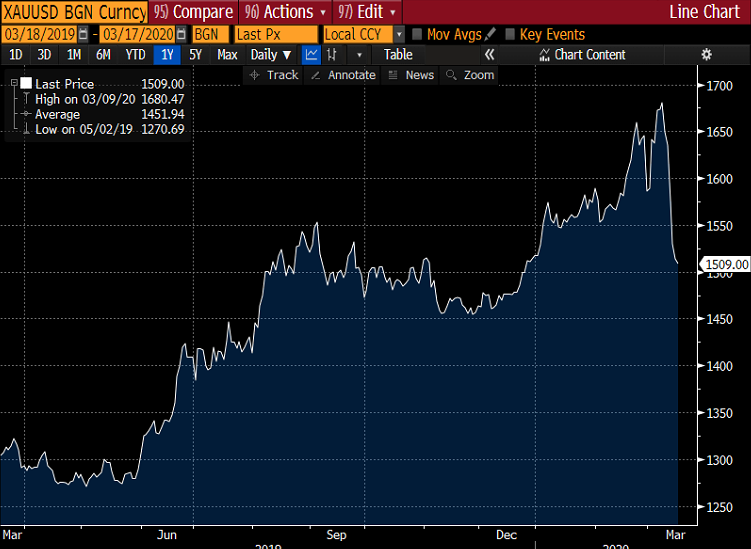