There’s an upbeat tone on Thursday with hopes boosted by news of another successful vaccine trial. European shares are up in the region of 1% in early trade following a positive day on Wall Street that saw the Nasdaq 100 set a new record high. The US dollar has rolled over amid the improved sentiment and a failed upside break to multi-week highs yesterday. Gold prices collapsed $30 yesterday but finished well off the lows, now around $1770 per oz. Oil is at a 1-week high.

The US unemployment report will be the last hurrah for US markets, which are closed tomorrow for the long Independence Day weekend. Expectations are for 3 million jobs to have been created in June, up from the 2.5 million in May.

As a reminder, last month, the unemployment rate unexpectedly fell to 13.3% when expectations had been for it to rise close to 20%. Unemployment claims had risen by millions each week, so this caused a fair bit of head-scratching (and rapid buying from investors) as investors reacted to a quicker economic turnaround than expected. The explanation, in part, comes from the classification of workers who were recorded as ‘employed but absent from work due to “other reasons.” If these people have not returned, they will be reclassified – adding the potential for a big downward shock.

Tesla just became the biggest car company by market capitalisation after the shares rose 5%, overtaking Toyota for the first time. Shareholders aren’t listening to Elon Musk, who said the shares are too high in May. The Tesla valuation doesn’t tally with earnings or car production- both of which are well below Toyota. Tesla is the most straightforward way to play the thematic investing idea of electric vehicles, and Musk’s vision inspires investors. 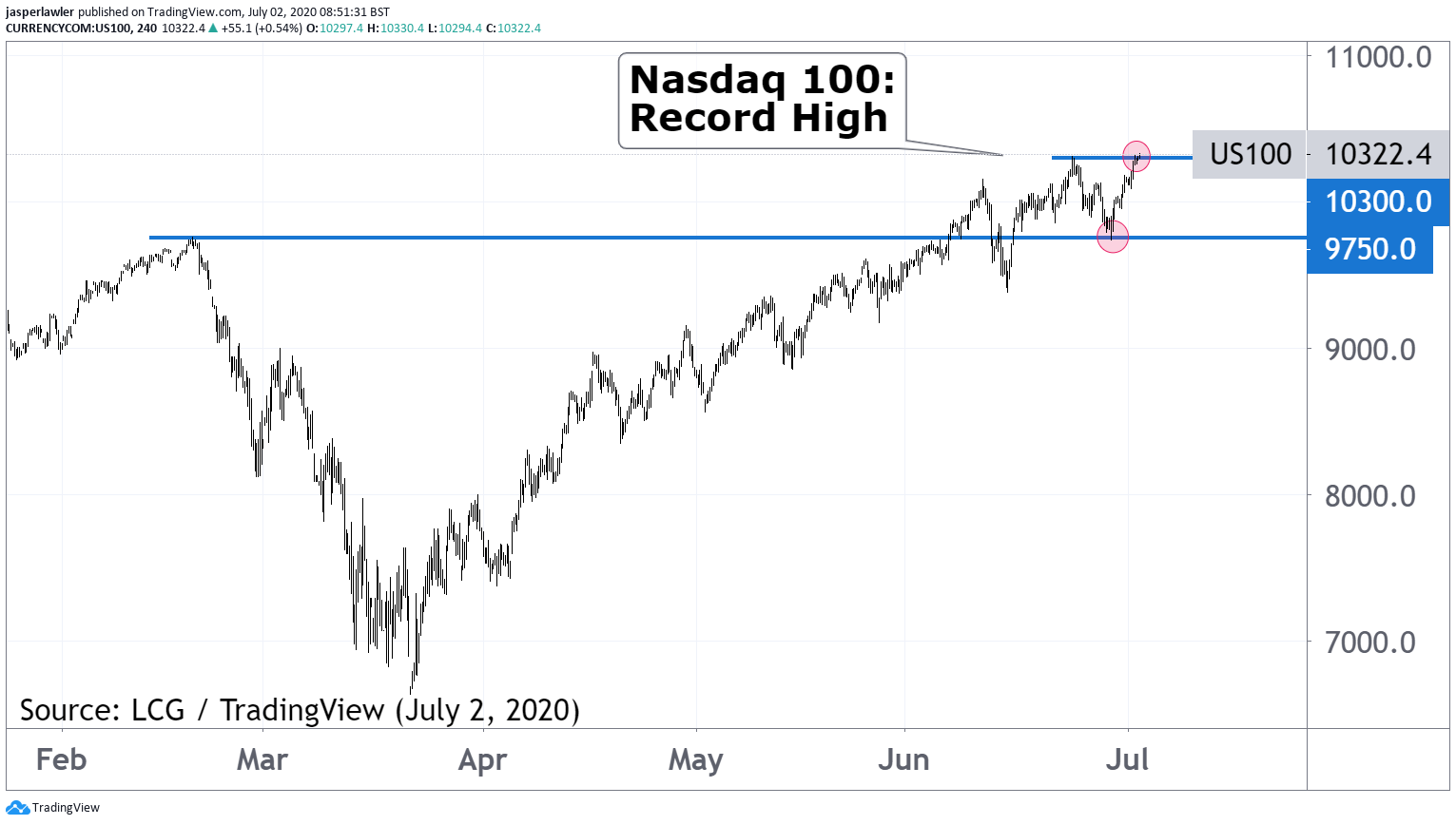 The Nasdaq 100 just reached an intraday record high as well as a record close. It follows a successful hold of the February peak at 9750.