There is a more sombre tone going into Wednesday. Markets are digesting rather than building on the big gains made on Monday. Doubts cast over the Moderna vaccine trial results knock out one leg from under the market rally. Investors are trying to bake in a scenario where economies reopen, and a vaccine is available in time to prevent a second wave. But there are still many unknowns.

Hong Kong and China markets were flat to positive, with investors now looking forward to the annual People’s Party Congress, which takes place on Friday. UK and European markets are seeing modest losses in early trading, playing some catch-up to the late losses on Wall Street when the Moderna news broke. Futures point to a higher open on Wall Street.

Shares of Rolls Royce have sunk 4% in reaction to the engine-maker cutting 9000 jobs. In a positive economy job, layoffs will often send shares higher since it lowers wage costs. In such a hard economy for air travel to which Rolls Royce is closely tied, the job losses just spell out the difficulties.

Spotify shares could be in focus after comedian Joe Rogan announced his popular podcast is moving exclusively to the music streaming service. Video streaming has become a battle on ‘exclusive content’ between the different services. This step by Joe Rogan is another sign music streaming is going the same way. Music is heavily-owned by the big record companies, so Spotify looks like its making a move into exclusive podcasts. It’s a risky bet by Rogan and Spotify because podcasts have always been an open platform for content. But we see it as necessary if Spotify is ever to break free from the record companies and add value beyond its technology.

The British pound is falling after UK inflation fell sharply in April amid full lockdown. Inflation nearly halved to 0.8% annually from 1.5%. Most of the decline was driven by falling energy prices. Core prices that strip out energy didn’t fall as much, and oil prices rebounded dramatically since April, so the drop in the pound is probably more a function of wider concerns over Brexit and the virus response. Moreover, the UK inflation rate falling adds to a growing risk of negative interest rates in the United Kingdom.

The euro is starting to make some headway this week after the Franco-German proposal on a 500 billion EU recovery fund. It’s a potentially huge new development in Europe’s fight against the economic damage done by the pandemic. Not to mention a new step to greater policy cohesion in the region that could make it more attractive to investors. Some of the gains in the euro are fading on the sticking point that the deal still needs to be agreed by all 27 member states. For all European countries to be satisfied with the arrangements, French finance minister Le Mare predicted it might take until next year. 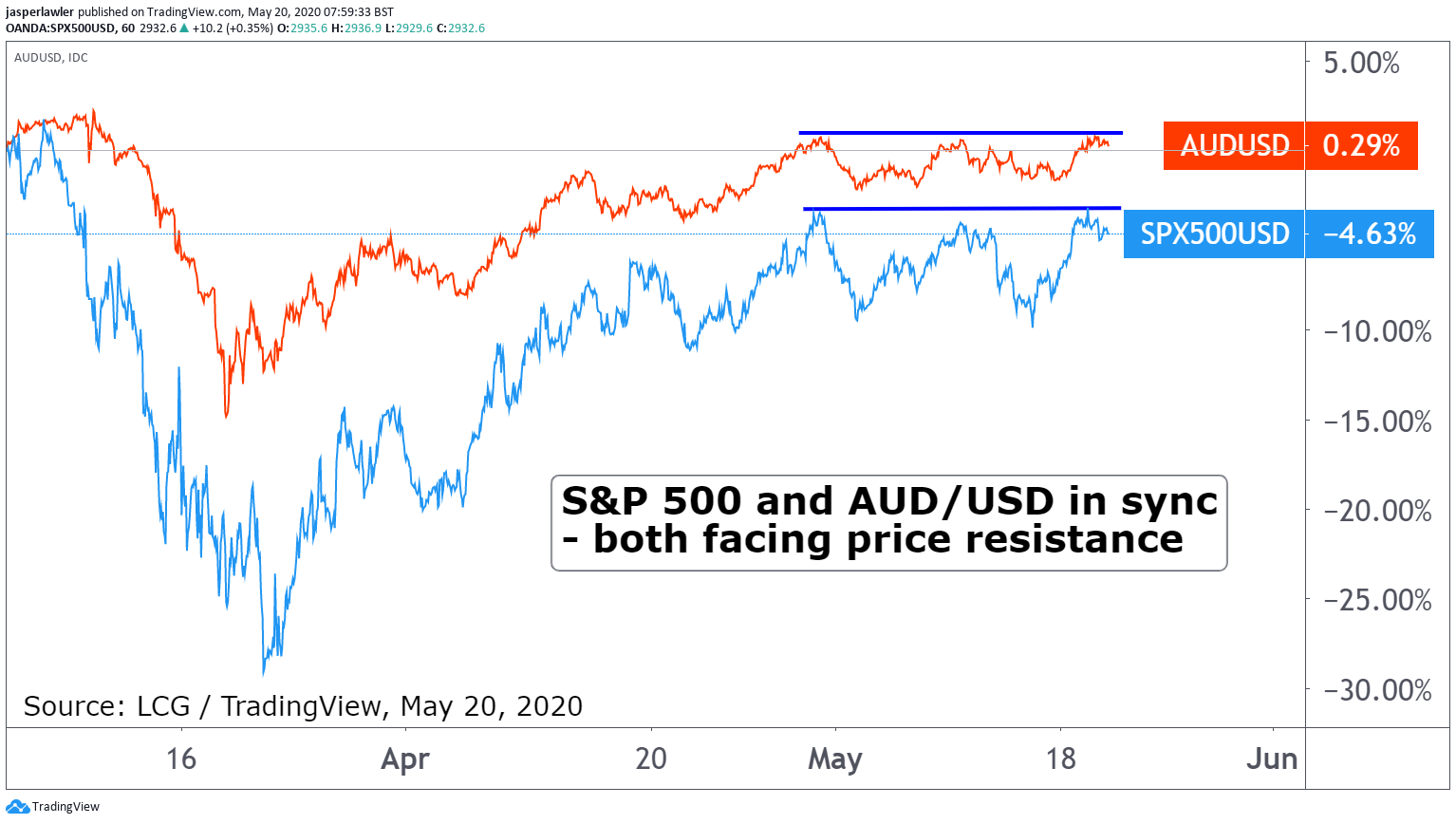