“I’m only rich because I know when I’m wrong. I basically have survived by recognising my mistakes” – George Soros.

Chinese shares powered higher with another 1% lift despite some early signs of profit-taking after a 15% rally in seven days for the CSI 300. Doubts were creeping in other parts of Asia with rising cases in Tokyo and Melbourne.

European shares have opened lower. HSBC was a laggard after a report stated that the US could target Hong Kong’s currency peg with the dollar as a response to China’s new security law. Hong Kong companies might quote Buddy Holly “If you knew Peggy Sue, then you’d know why I feel blue.” Should the peg disappear, it could further destabilise Hong Kong and increase currency impacts on earnings.

The US targeting the HKD wouldn’t be without risks. It could backfire on the dollar as a reliable reserve currency. Depending on the result, other countries might even voluntarily drop their dollar pegs. The Aussie is edging back under 0.70 after a new lockdown in Melbourne starts at midnight tonight in response to the new virus outbreak in the city.

The pound has had the prospect of new government stimulus and improving EU/UK relations as a tailwind. Today Chancellor Rishi Sunak will give a so-called mini-budget after the Prime Minister’s ‘New Deal’ failed to impress on first airing last week. High hopes for more infrastructure spending, business grants, or tax cuts could quickly disappear if the focus remains on keeping jobs. The reaction to new UK spending plans could determine the direction of EUR/GBP, which just broke 0.90 (see below).

Gold futures broke back through $1800 per oz for fresh 7-year highs, while spot prices came just short at $1795. Copper hit the 2.8 per lb handle for the first time since January. Its tracking moves in Chinese shares on hopes for strong growth in China, its best consumer. 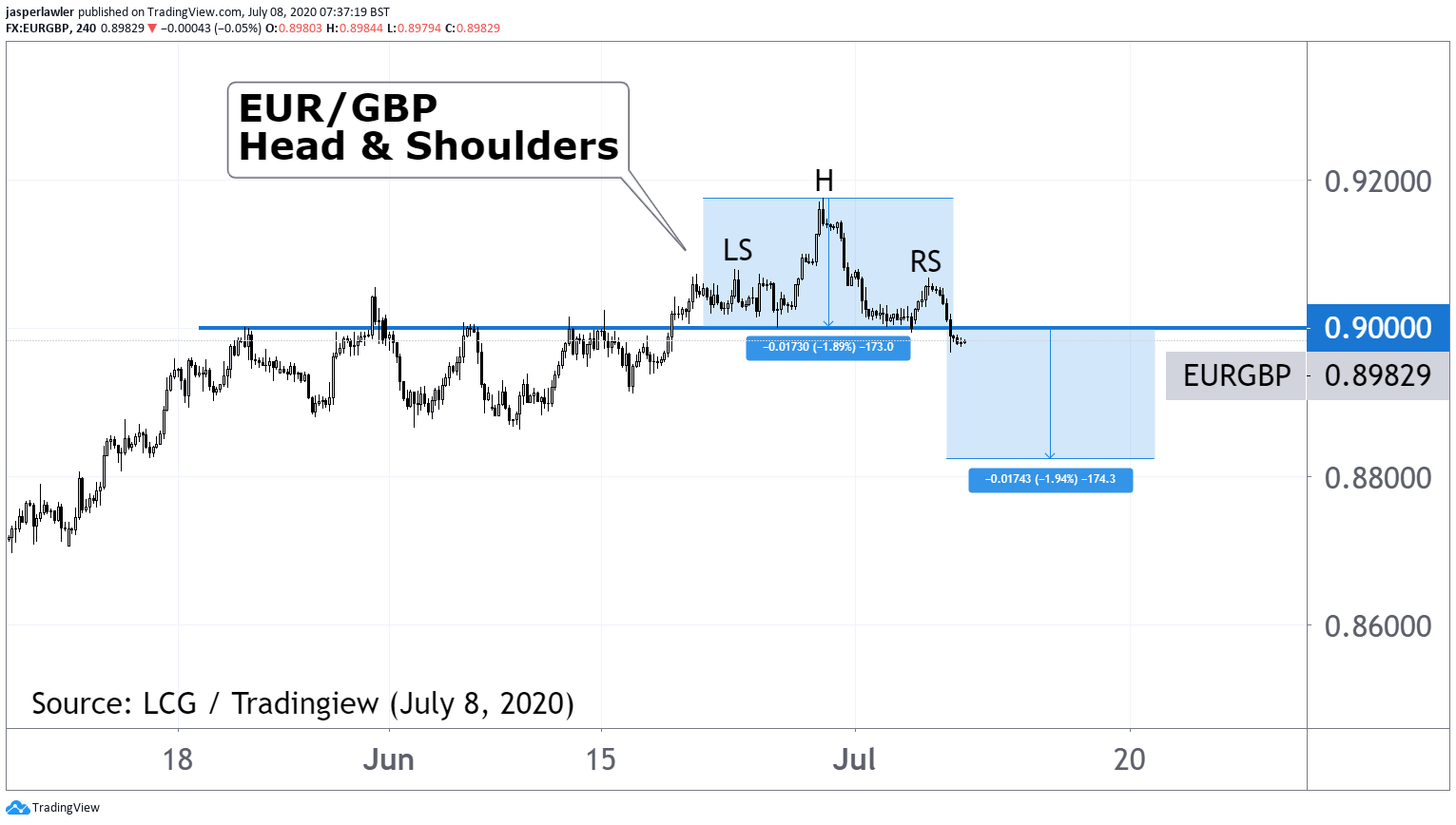 Using 0.90 as a neckline would assume a 1.9% drop if the usual H&S price projection using the height of the pattern is applied.