“The market is a device for transferring money from the impatient to the patient.” – Warren Buffet

There’s a slight pause going into the ECB meeting. Stocks are taking a breather after another monster rally on Wall Street. It’s fair to say we’re looking a little exuberant with the Dow and S&P500 both up over 10% on the month.

The euro is holding onto recent highs on the hopes the ECB re-ups its stimulus. Brent and WTI crude are lower on the possibility that the Russian-Saudi agreement on output cuts might not make it over the finishing line. Gold is a little higher, having taken a drubbing amidst Wednesday’s unfettered optimism.

Markets are interpreting Lagarde’s suggestion that the Eurozone economic contraction will be “between medium and severe scenarios” as ECB-speak for more bond-buying. Anything less than an extra 500 billion euros added to the PEPP could be a disappointment.

So long as the ECB can uphold the perception that the policy toolbox isn’t empty and the EU Recovery Fund remains on track, then there’s a lot to like about the euro. 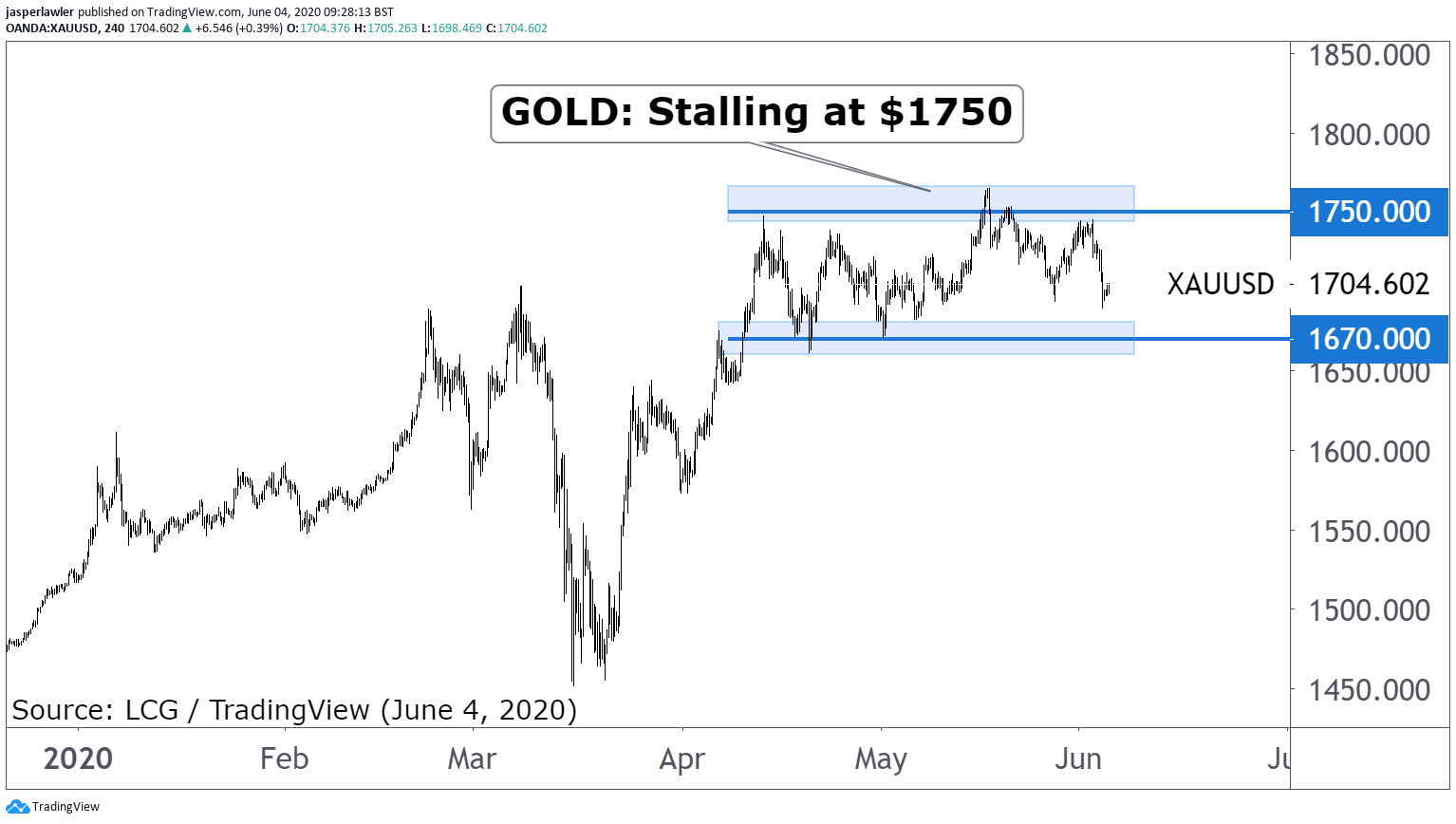 Gold has been trading between roughly 1670 and 1750 for 6-weeks. The trend remains up, but another drop below 1670 might be needed to collect new buyers.