Risk sentiment turned sour on Wednesday as earnings results and economic data show the extent of economic damage. Investors are apprehensive of what lies ahead and until the pandemic is over or shows solid signs of easing, a sustainable recovery is unlikely.

Wall Street ended in the red amid a lack of positive news: 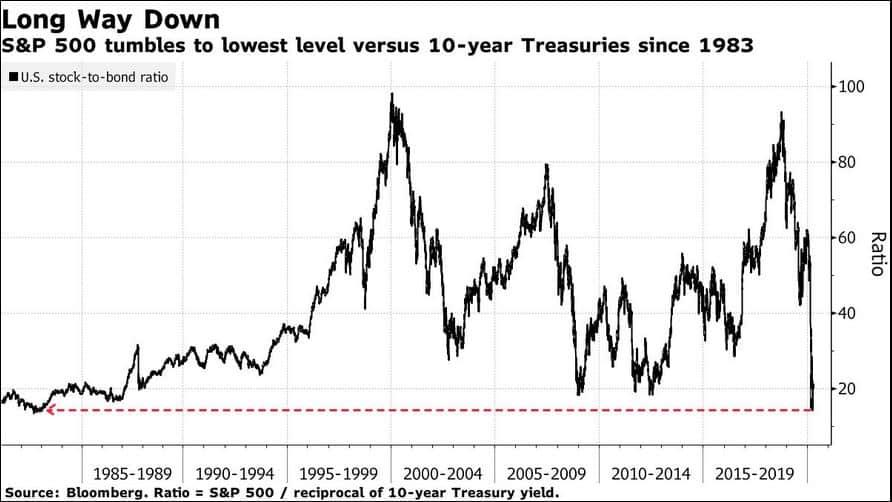 On the earnings front, the US banks and financial firms continue to stand out with banking giants reporting their first-quarter earnings.

Goldman Sachs’s net earnings dropped by 46% from the same quarter a year ago and by 37% compared to the last quarter. A provision for credit losses amounting to $937 million was also accounted in the first quarter. Despite the company missing estimates, the financial highlights show that the bank is performing better than its peers.

To the exception of asset management revenues, which slipped in Q1, investment banking, global markets, consumer and wealth have performed relatively well given the current situation. The overall performance prevented the company’s share price to plummet like Citigroup and Bank of America. Its share price recovered from earlier losses and ended slightly higher by 0.2% to $178.50.

Citigroup also reported a fall in profits in the first quarter. Net income dropped by 46% from the same quarter a year ago and by 49% compared to Q4 2019. The bank also boosted its loan reserves by $4.9B. The company’s share price tumbled and ended 5.6% lower to $42.86.

Bank of America reported a fall of 46% in profit from the same quarter a year ago and 43% compared to the last quarter. The bank also increased provision for credit losses to $4.8B driven by a $3.6B reserve build. The company’s share price dropped by 6.5% to $22.19.

Attention will be on Morgan Stanley earnings report today. The bank is expected to report adjusted EPS of $1.14 vs. $1.39 in the prior-year quarter, on revenue of $9.73 billion, according to third-party consensus analyst estimates.

The risk-off environment fueled the demand for safe-haven currencies. Major currencies were weaker against the greenback, despite record falls seen after the release of key economic data:

The oil market remains under intense pressure as risk sentiment soured. The biggest production cuts in history might fail to offset the deepest fall seen in decades. Another bearish oil report shows that oil inventories in the US increased by 19.2 million barrels in the week ending April 10th. WTI fell to $19 before reclaiming the $20 level.

As of writing, WTI and Brent Crude are currently trading in the vicinity of $20 and $26, respectively.

Despite the historic oil production cut by OPEC+ countries and coordinated move by G20 countries in trying to stabilise the oil and gas industry, investors are susceptible that the cut will be enough to compensate for the collapse in demand driven by the pandemic.

The rally in the yellow metal has tamed down, dragged by a stronger US dollar. However, the yellow metal remained in elevated levels above the $1,700 mark. The overall outlook for gold remains positive as investors are navigating in an uncertain environment. As of writing, the XAUUSD pair is currently trading at the $1,718 level.