– State media in China urges ‘respect’ for the market.

“Time is on your side when you own shares of superior companies” – Peter Lynch.

The bull market is raging on in China under the umbrella of state support. There was, however, a semblance of caution in Chinese state media, which warned that investors should learn from “The tragic lesson of abnormal stock market volatility in 2015.” Authorities appear to want to jawbone an orderly rise in stock prices. We would suggest that it is a somewhat difficult task!

Gains in China were bolstered by a perfect cocktail of consumer prices falling to bolster consumption and producer prices deflating less, taking the heat of manufacturers. CPI was steady at 2.5% y/y, PPI edged up to-3% y/y.

Tech shares led to gains on Wall Street due to a heavy weighting. That has almost become a signal of weaker investor sentiment about the economy, especially as cyclical stocks like airlines sink. The arguably weaker sentiment follows the USA reaching 3 million cases and a record 62,000 cases in one day. Markets have been wavering, but the real clincher for fears taking hold would be if the death rate tracks higher at the same pace as cases.

As the continent with the weakest underlying fundamentals, Europe looks most sensitive to rising coronavirus cases, even if they are happening elsewhere in the Americas and Asia. Shares look set for a softer open on Thursday.

Weakness in the US continues on Thursday. EUR/USD has breached resistance at 1.135, and GBP/USD is building on 3-week highs with a move over 1.26.

One of the clearest cut explanations for weakness in the US dollar is that it is being driven by strength in the yuan. USD/CNH is now probing 4-month lows amid the new state-sanctioned optimism that is driving up Chinese shares.

The price of gold has pushed beyond the milestone of $1800 per oz, and 9-year highs reached yesterday. Gold reached $1818 late Wednesday. The immediate source of the gains is a weaker USD, and haven flows with rising virus cases. Still, the underlying reason for the bull market in gold in our view is the sheer scope of central bank intervention and resulting currency devaluation.

Silver, too, is up at its highest since February and is testing a key resistance at $18.75 per oz. Oil rose with metals on signs of improving American gasoline demand before the summer driving season. 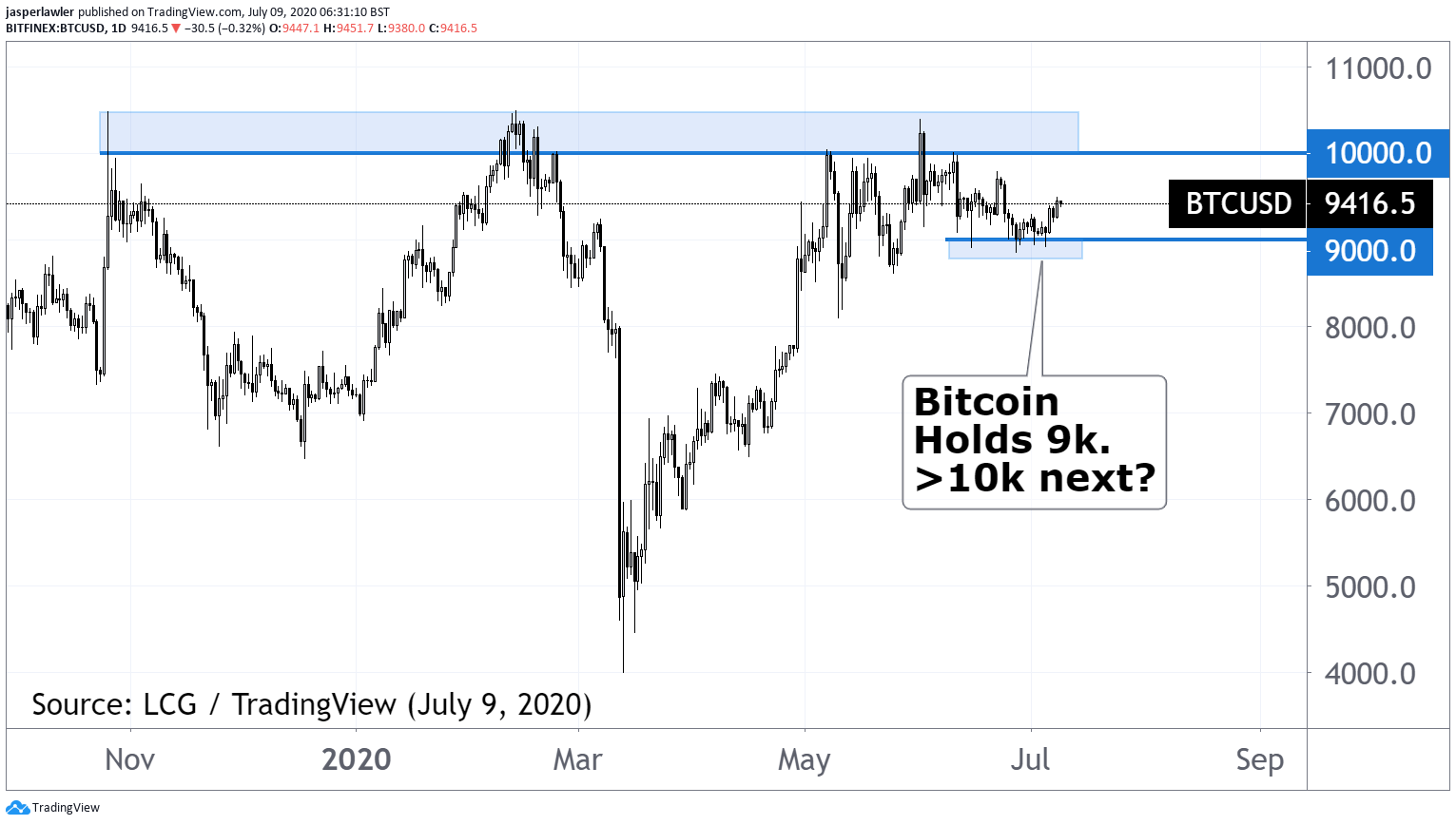 Bitcoin has held several tests of the $9000 level over the last month. If selling has been absorbed – another run at – and possibly above $10,000 is reasonable.