“Time is your friend; impulse is your enemy” – Jack Bogle. 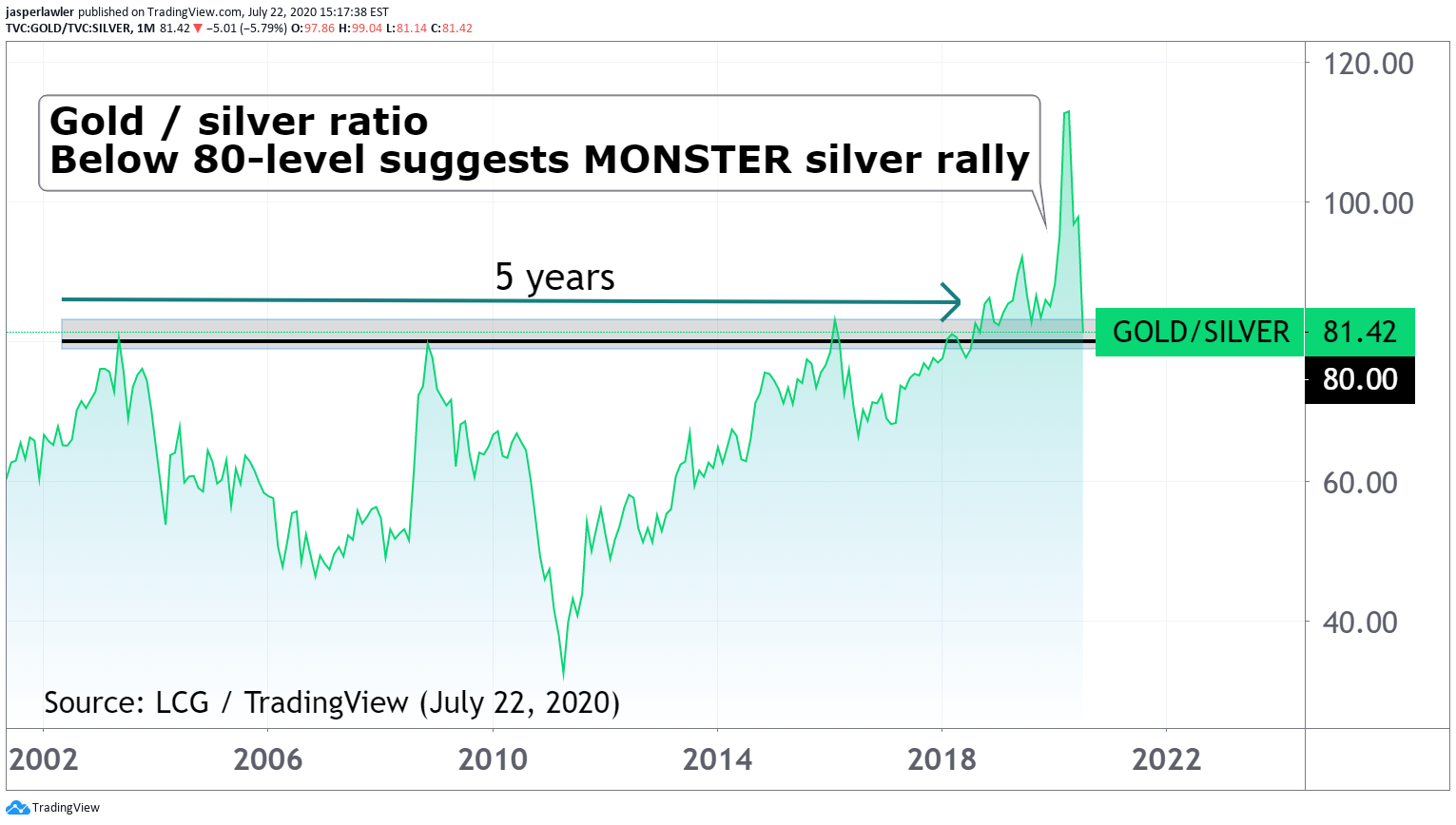 The 80 level capped moves in the gold/silver ratio for 5 years, now after touching a record high over 120; the ratio is back to 80. The level could cap the rally in silver but a drop below it on prior occasions has ushered in big silver outperformance.

The price of silver is nearly double the value it was at the March low- that kind of price action gives Tesla a run for its money (see next!). Rising US-China tensions amid the closure of the China consulate in Houston may have been a trigger on the day, but the biggest factor is momentum. The rally will have fits and spurts, but we think silver has further to go as CTAs and long term trend-followers jump onboard.

Tesla shares touched $1700 in a positive after-hours trading response to its Q2 earnings. This time last year the shares were trading at just $260. Tesla made a profit of $104 million (GAP)- meaning EPS of $2.18 blew apart even the top estimates.

It is the fourth consecutive quarterly profit, which buyers into the recent share price momentum will know- means Tesla now technically qualifies for the S&P 500 index. We look at the revenue decline of 4% y/y as the pandemic temporarily distorting a picture of rising production to meet very strong demand – including for the new Mode Y and in China for vehicles from the new Shanghai plant. While we like the fundamentals, the share price is very bubbly, and we suspect decision-makers at S&P Dow Jones Indices think the same.

Twitter reports second-quarter results Thursday morning on Wall Street. Twitter shares are positive for the year, sitting around $36- and up 28% since the last earnings report- but have underperformed those of other social media companies Snap and Facebook.

The hack of celebrity accounts was embarrassing, but perhaps, more importantly, it sets back ambitions to license out its data via an updated API platform. The numbers for Q2 are expected to be underwhelming with an adjusted EPS of -$0.01 and a 17% revenue decline, so guidance- particularly about the API needs to be more upbeat for shares to hold up.